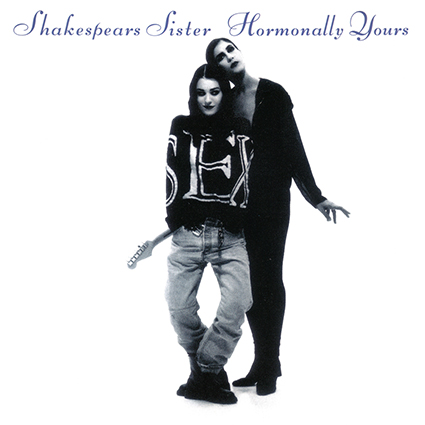 Super Deluxe Edition has continued their exclusive Blu-ray Surround Series with ’Hormonally Yours’ by Shakespears Sister. Offered as a pre-order for a one-week period, the print run for this fourth release in the limited-edition series has been set at 1,500 copies.

For many this is a record that will need no introduction. It went double-platinum in Britain and Siobhan Fahey and Marcella Detroit enjoyed incredible success with the number one single Stay, which took up residence at the top of the UK chart for eight full weeks in the early part of 1992. The song connected with music fans around the globe, and it reached #4 in America and was a top ten single in Europe, Canada, Australia, and New Zealand and beyond.

Still, the album is so much more than just that one song and there was further chart success in the UK as ‘I Don’t Care’ followed ‘Stay’ into the UK top 10 and ‘Hello (Turn Your Radio On)’ was a top 20 single in November 1992. Trust me when I say, this is a pop music lovers must have.

The Blu-ray disc contains a Dolby Atmos mix, a 5.1 DTS HD Master Audio Surround mix, plus a Hi-Res 96kHz / 24-bit Stereo mix. The two immersive mixes have been created by Grammy-winning mixer, engineer, and producer Caesar Edmunds in association with the original album’s producer Alan Moulder, who acted as executive mixer. Now, if you didn’t click through in time to pre-order a physical copy, the album will stream in Atmos upon release in early fall of 2022.

Additionally, there are several other options including a CD + DVD set, colored Vinyl, and more for those seeking lossless editions.