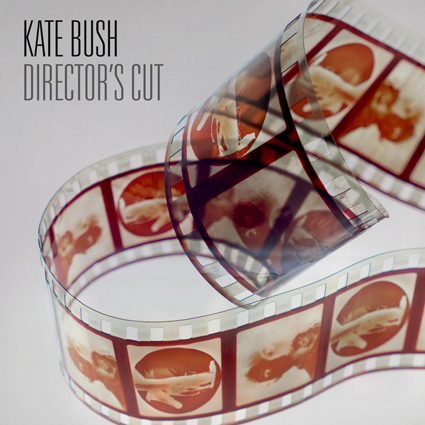 Many artists during the past decade have been releasing albums of covers, but how often does an artist cover themselves?    On her latest release "Director's Cut", Kate Bush revisits earlier songs she recorded on two earlier albums, "The Sensual World" and "The Red Shoes", which did not reflect her original vision. She has reworked some tracks completely: such as the opening track The Sensual World is now called Flower Of The Mountain, and has been expanded to include a passage from the James Joyce novel Ulysses which she was not originally given permission by the family to use. She re-recorded the drums and her vocals  on other tracks which Bush say initially felt "like trying to open a door with the wrong-shaped key. So I changed the key and the door began to open." This led to a lower pitched voice but other elements remain untouched creating a afresh plangent bass sound While a certain amount of re-mixing has gone beyond mere technical tweaks.

This revamping of older material can be explained by her reputation as a perfectionist in the studio. It's taken over a decade for Bush to rework these earlier songs, releasing an album whose material isn't new, though its presentation is. Four of this set's 11 tracks first appeared on The Sensual World, while the other seven come from The Red Shoes. A few of these songs are merely tweaked, and pleasantly so, while others are radically altered.

Yet, it's always a dicey proposition to rehash earlier artistic works.  On "Flower of the Mountain," "Song of Solomon," and "And So Is Love," there are added layers of synth and percussion. Her voice is absent the wails and hiccupy gasps of her youthful incarnation. These have been replaced by somewhat huskier, even more luxuriant and elegant tones and moved up in the mix.  Check out "This Woman's Work," where the arrangement of a full band and Michael Nyman's strings are replaced by a sparse, reverbed electric piano which pans between speakers. This skeletal arrangement frames Bush's more prominent vocal which has grown into these lyrics and inhabits them in full.  On "RubberBand Girl," Bush pays homage to the Rolling Stones' opening riff from "Street Fighting Man" in all its glory, it seems it always was there and has now been uncovered. Bush's son Bertie makes an appearance as the voice of the computer (with Auto-Tune) on "Deeper Understanding."  The experience of The Director's Cut, encountering new versions of all this familiar material can be occasionally unsettling, but also extremely engaging.

Director's Cut is available in both a deluxe three CD edition which includes Director's Cut, plus remastered versions of The Sensual World and The Red Shoes, or as a single audio CD of the reworked material only.

Audio CD or stream on Spotify.  Also available on Vinyl.