Marvin Gaye - Let's Get It On - Bluray 5.1 surround review 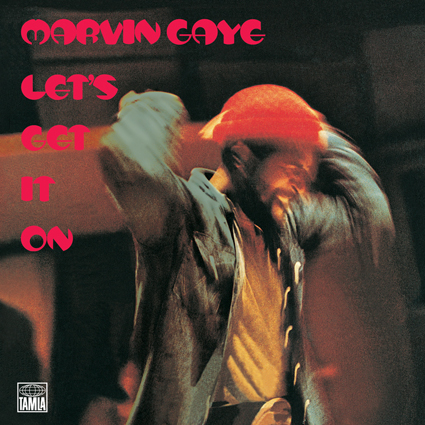 A high-resolution release of Marvin Gaye’s classic 1973 Let’s Get It On album from Motown Records and Universal Music Group us now available on High Fidelity Pure Audio (HFPA) Bluray since late April 2015. Included is a 5.1 surround mix, with the original tape transfer and mastering supervised and conducted by the album’s original producer, Cal Harris. It is reported that Mobile Fidelity Sound Lab transferred the original two-track, quarter-inch analog master tapes using the crucially acclaimed Gain 2 System.

Blending soul, funk, rock, and doo-wop, Marvin Gaye etched out his unique style into the African-American sound of the early ’70s. Let’s Get It On has remains a classic, successfully bridging every generation with each reissue since its first release.

I usually start by praising the multi-channel mix, however the LPCM stereo 24 / 96 track is absolutely incredible. While the source is remarkable, the stereo version simply gives the listener the same aural pleasure as the mixing engineer. Lows are full and tight, Marvin Gaye’s voice is resilient with all the secondary parts smoothly spread across the two channels with fantastic depth. The strings and horns float among the rhythm and tingle of the high-hat, cymbals, and snare. So transparent and deep is this stereo mix, it almost sounds like it is in surround.

OK, that is a bit of an exaggeration, the discrete placement of instrumentation and voices in the surround mix are a world apart from the amazing stereo mix. This only makes it that more apparent how delightfully the 5.1 mix extends the music. Locating horns and strings in the rear channels follows the customary placement of secondary parts behind the listener. Sometimes I yawn at this lack of artistic mixing, however I find it works extremely well on the entire “Let’s Get it On” multi-channel version of the album.

While I enjoy moving parts around the soundstage, the relaxing soulful pieces lend themselves very well to steady and stable placement of parts. The genius to the 5.1 mix is how each part has been specifically selected for its placement around the five main channels. Naturally the main vocals, bass and drums are upfront, but it is the subtle, yet brilliant placement of backing vocals, guitars, strings, and horns that give each track their own aural palette. I especially like how backing vocals are placed in both front and rear channels on “Distant Lover”, while strings are spread widely on “Just to Keep You Satisfied.” The surround mix of the title track which starts off this release comes across as making limited use of the back channels. Trust me when I say, this balance towards the fronts mirrors the original levels of the stereo mix, and grounds the listener to the strong funky beat we all have come to love from the many hits Marvin Gaye has produced.
I checked out both the DTS HD Master Audio 5.1 and the Dolby True HD 5.1, noticing only an extremely minor difference. It seems that the DTS version is about a decibel louder with no change in color or balance among the channels that I could hear. This is exactly what I would expect, but in many of my other reviews have commented on many differences among the various codec versions, even for those that should be identical.

You are going to want this disc. This is a must have for all surround sound fans and an absolutely incredible stereo version of this classic album. While I don’t have the previously released DVD-Audio to compare against, as far as this listener is concerned this is the definitive version of Let’s Get it On to own.