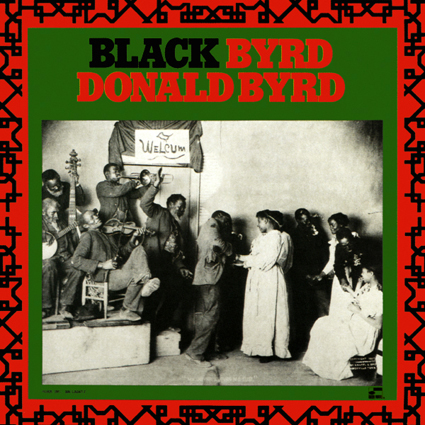 Donald Byrd was branded a traitor and sellout when he released “Black Byrd,” his complete dive into R&B which ended up erupting into a popular phenomenon. Leaving behind his hard bop sound, the album went on to become the biggest-selling album for the Blue Note record label. This was actually the moment when Byrd’s style of fusion stepped out from under the shadow of his chief influencer, Miles Davis, finding a distinctive voice all of his own. At this time no other jazz musician embraced the celebratory contemporary funky sound as fully as Byrd did on this top selling album. Byrd gave free rein to producer, arranger, and composer Larry Mizell, who crafted this series of melodic pieces often indebted to the lengthier orchestrations of Isaac Hayes and Curtis Mayfield. Released on both stereo and quadrophonic vinyl back in the day, Michael J. Dutton has gone back to the original analog masters to create this magnificent transfer to Quad SACD which also includes a stereo layer.

The album is chalk full of straightforward funk rhythms, a tighter sound compared to his earlier looser and complex fusion material. The simplicity makes up for it through the funky grooves that are nearly irresistible blended with melodic solos and held down by the funk. Sure, you may think the electric piano, sound effects, and Roger Glenn's ubiquitous flute date the music somewhat, but don’t you think that is essentially part of its charm? Black Byrd was state-of-the-art for its time, setting a new standard for all future jazz-fusion releases.

The quad mix immediately shows its expansiveness with a jet plane taking off from the back channels and ascending into the sky through the front speakers all while the music remains grounded as it surrounds the listener. Black Byrd is one of the most focused sounding albums from the era, providing a high-quality direct recording of the various instruments. Drums are tight with the snare concisely snapping with splendid dynamics up front as the keyboards tingle with a vivid brightness in the left channel. A strumming guitar takes hold in the rear channel with a pure clarity and the base reaches deep with an upper punch that cuts through with its funky lines. Above the rhythm section Donald Byrd’s trumpets and the flute work of Allan Curtis Barnes soar with their light melodies, emitting the airy qualities that feel so life like. Everything within the mix is close, as if I am sitting in a parlor listening to the band. I especially enjoy the drum symbols that sparkle from the back channels and the funky guitar’s groovy rhythm emanating from the back-left speaker.

Razzle quad ear candy shakes across channels from left to right, front to back as the title track dances in. Bobbye Porter’s percussive Congas fill the space from the rears and head around the four channels ending up in the front. I must remind readers that this was all accomplished prior to mixing automation, which meant the audio engineers had to be musically exacting in their moves within the mix. Vocals chant with a pleasant warmth adding a soulful aspect to the album. While this disk does sound incredible, careful listeners may notice some slight harmonic distortion seemingly emitted by the cymbals. Admittedly this analogues smearing doesn’t bother me, as this kind of ‘problem’ has been part of analog recordings for nearly 100 years.

Much like other Vocalion reissues, the transparency, imaging and channel separation is fantastic, which I attribute to the amazing transfer by Michael J Dutton. The overall sound quality and placement of instruments are well-maintained throughout Black Byrd. It is a wonderful relaxing album to listen to and provides a fully immersive quad scape.

From my perspective track “Sky High” has the most dated sound on the album. There is a very Muzak feel to this song, almost reminding me of walking through a shopping mall in the mid-70’s. The harmonized vocals and flugelhorn lend to this somewhat antiquated sound. Yet, the funky guitar and bass riffs truly are the precursor to what later became known as smooth jazz. Of course, it still sounds awesome in quad.

The stereo DSD layer is magnificently balanced, a very worthy remaster for stereo audiophiles. However, it naturally lacks the dimensionality of the quad mix and doesn’t convey as much ear candy in the sense of movement that can be heard on the quad mix. Regardless it’s a wonderful listen and provides a very open feel that simply elevates the sound quality of this well-regarded album by Donald Byrd.

I am sure readers will recognize that this is an album not to miss for fans of fusion, R&B, and contemporary jazz. Quadraholics will also want to include this fantastic sounding release in their collection, since this is another demo worthy album that Vocalion has brought back to the audiophile world.