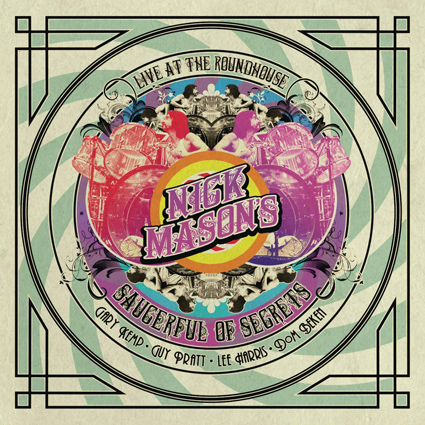 Unlike any other concert film associated with Pink Floyd, “Live at the Roundhouse” is the closest thing fans can experience that take them back to the very earliest days of the group. Drummer Nick Mason, who happens to be the only band member to have played on every Pink Floyd studio album, heads back to the band’s earliest music. Featured in his line-up are guitarist and vocalist Gary Kemp, bassist and vocalist Guy Pratt, guitarist Lee Harris and keyboardist Dom Beken. This live set of songs takes fans back to songs that had been performed in 1967 and onward to theatres across the UK, North America, and Europe, playing only music his old band had recorded before The Dark Side of the Moon. Documented from the group’s celebrated shows at London's Roundhouse in 2018, where Pink Floyd had played some of their most revered early shows in the late 1960s, the film footage features a thrilling setlist including songs hailing from Syd Barrett's time with Pink Floyd. Excepting four songs, everything on this Blu-ray is being experienced for the first time as an official release since their original live performances.

For psychedelics fans there is an infectious joyousness to these performances. While watching Mason, viewers should easily notice that he absolutely enjoyed doing these shows. The same holds true for the rest of the band who spun out great performances too. While the focus primarily remains on the musicians, there are occasional video interludes and effects that add to the film, including short interviews which can be skipped by selecting concert only from the main menu.

Of greatest interest to hi-res and surround enthusiasts, collectors can pick up either the Blu-ray or DVD sets, each which contain both a 5.1 surround and 2.0 stereo mix of the concert. Also, a 2-LP or 2-CD edition are available.