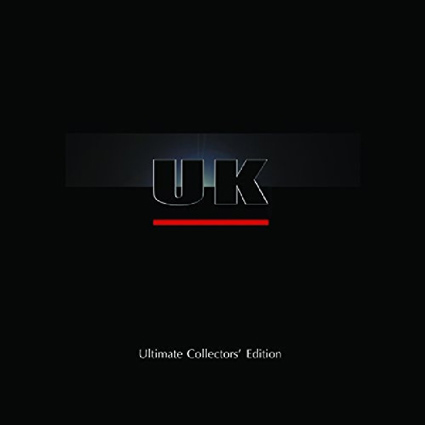 This is truly a crazy collectors’ edition for a late arrival, yet influential progressive rock group from the late 1970’s. While it seems massive, this 18 disc box set is merely 4 Blu-rays, with much of the content repeated on the 14 remaining CD’s. Basically, do the math, that is 4 hi-res albums for about $150 US, just under $40 each! Of course you get bonus material on the CD's too.  To its defense, bandleader and producer Jobson has gone back to the original stereo analog masters and transferred them to lossless 24bit /96kHz high resolution audio. Working at Abbey Road Studios he has remasters U.K’s original two studio recordings, titled “U.K.” and “Danger Money”, along with their third album “Night After Night” which has been extended to include the complete 1979 concert, plus added several previously unreleased live recordings of the early group. The fourth Blu-ray contains “Reunion,” the 2011 Jobson-Wetton reunion concert, and the remaining four CDs contain "enhanced bootleg" live recordings from both the original band and the trio, including concerts in Boston, Cleveland, and Philadelphia, plus their final 1979 performance in Nijmegen, Netherlands.

Of course record labels always try to obtain the highest price possible, and have constrained production to 30,000 copies worldwide. Honestly, as much as I love U.K., it is very hard to consider paying such a high price for a set that would have been fantastic in surround sound. Of course, I still have a target on my head, or wallet as it may be, since I have fond memories of their Philadelphia show that is included as one of the bootleg CD’s. In order not to go bankrupt, I may just have to live vicariously through you, so when your copy arrives, please drop a line and let me know how you like it!

Need to know more?  I recommend reading this lengthy detailed review on All About Jazz of this box set which talks about the two additional discs that were added literally just before release.