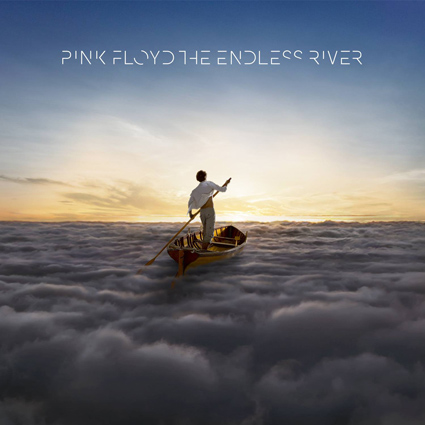 In the summer of 2014 Pink Floyd surprised fans with an announcement of their first new release since 1994. Produced by David Gilmour, Phil Manzanera, Youth, and Andy Jackson, "The Endless River" utilizes and expands upon music from the sessions of The Division Bell.

After listening to over 20 hours of material, the three musicians spent the last year adding new parts. The group also we re-recorded tracks and generally harnessed studio technology to make a 21st century Pink Floyd album.

The two disc CD / Blu-ray box set includes a 24 page booklet with never before seen photos from the 1993 sessions, postcards, and the Blu-ray contains the entire album in high resolution DTS Master Audio and PCM, 24bit / 96kHz 5.1 Surround, plus PCM stereo 24bit / 96kHz. The Blu-ray bonus material includes an extra 39 minutes of non-album material, 6 which are video tracks and 3 which are audio tracks.

As the album starts with voices from the rear along with synths swelling up from all four channels, it is already evident that the Endless River is a first rate production. The opening track, "Things Left Unsaid," gently surrounds the listener moving from front to back and left to right. I especially like how the synth pads are split between the front and rear channels, while still tying the piece together. After several thunderous bursts, the music moves into a throwback to Shine on You Crazy Diamond on the second track "It's What We Do." Gilmore's guitar echoes nicely across the soundstage, and Wrights keyboards are delayed from front to rear. The overall balance is excellent, and it is very clear engineer Andy Jackson has paid a lot of attention to the quality of sound for what is likely Pink Floyd's last studio release.

The fifth track, "Skins" invokes the guitar sounds found on Floyd's Meddle release, with drums slapping off the back channels as they energetically pump along. I find no harshness within the mix, and enjoy the rumbling deep bass tones that comfortably emanate from the subs.

"The Endless River" is an all instrumental album until the final track "Louder Than Words," primarily cut from studio outtakes from the "Division Bell" sessions. It readily becomes apparent why much of the material was not selected for release 20 years ago. Many of the pieces don't tie together, as was so common with their classic releases. Truly from a musical standpoint, much of the material is just not up to the caliber of Pink Floyd. Honestly, many of these songs could have been written by a novice musician, there is little to no creativity found within the Endless River. However, the production quality is fantastic, and can only be matched by veteran musicians with the in-depth experiences like the members of Pink Floyd.

For those looking to zone out or join the 420 club, the Endless River is your soundtrack. The moderately slow tempo pieces place the listener in a meditative space without really expanding from that point. It is like an endless closing piece to a movie, and undoubtedly closes this 40 + year legacy for Pink Floyd fans.

The surround version provides additional space and depth to the mix, but I can't possibly recommend this release for anyone except for the completest fans (like myself). Sadly my money would have been better spent elsewhere, so don't just jump on the prog legend band wagon without recognizing that you may be as disappointed as I am with the Endless River. It leads nowhere.