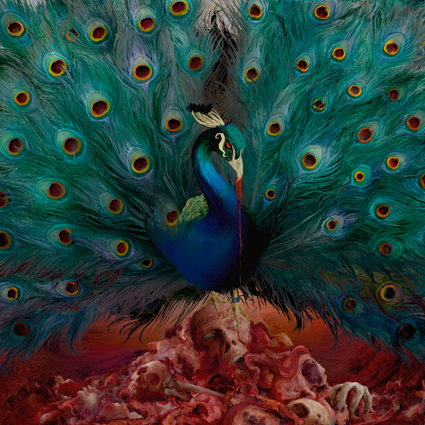 Long-time fans of Opeth's may continue to be dismayed at the second incarnation of the band, and they have even been called Opeth 2.0 by some listeners. But this change in their music has been evolving since their well-received “Watershed” album which began their move away from their death-metal roots to a progressive rock sound. However, this still should come as no surprise given their preceding brilliant album “Pale Communion” which also played in the prog-rock realm.

Thus their 2016 release “Sorceress” is Opeth's latest blend of their musical genius and virtuosity. Mikael Åkerfeldt’s growling vocals are gone and instead have been replaced with his all clean vocals, with some grit tossed in. Keeping with their new prog leanings, a broad range of instruments including Mellotrons, Rhodes and various keyboards, plus cranging electric guitars juxta positioned by 12-string acoustic guitars all find a place on their twelfth studio album.

Now for the bad news for high resolution 5.1 enthusiasts. Unlike their previous release packaged as a CD and Blu-ray, the easiest way to get a hold of the surround sound version is to dig deep and belly up for the super deluxe box set. This set contains a pressing of the album on vinyl, two compact discs, and a DVD-V containing a lossy Dolby Digital AC3 codec of the 5.1 mix.

This is unfortunate, as the deluxe packaging will certainly minimize the number of fans who could be enjoying the 5.1 mix, especially for an album recorded at Rockfield Studios, where Rush, Queen and Judas Priest have all layed down tracks. However, the multi-channel mix is not at all discrete, and it almost sounds like a mono mix at times. The back channels sound much more like a reflection of the front channels, and it makes me wonder if this is merely an up-mix with the sensation of reverb to simply provide depth.

Now, for savvy shoppers a three disc Japanese edition contains the DVD with the surround mix, but similar to the super deluxe box set, it is already out of print, and definingly a lot harder to come by on the worldwide market.

On the plus side, the Dolby Digital layer provides good dynamic range and does not seem compressed or overly loud, even for a lossy codec. Yet, the bass is a little thin and thankfully the drums are crisp and clean. Of course, this is still a missed opportunity to provide greater clarity, dynamics and space that would enhance the sound quality by utilizing the potential of a higher resolution format.

Simple static graphics change with each song showing the title, but no lyrics, just another example of the limited craft that went into the DVD and surround mix. The music would surely lend itself well to a discrete mix, and I wouldn’t be at all surprised if down the road a remix comes into play if Sorceress gains traction by fans. It is a shame that neither Bruce Soord or Steven Wilson were enlisted for the 5.1 mix, as their previous engineering has been nothing but stellar.

There is no way I can recommend buying the deluxe edition for the 5.1 mix. Of course, this won’t stop super fans of Opeth and completists for that matter, which I fully understand. Look instead for the two disc CD edition, or consider the vinyl if that is your thing. Sure, neither are hi-res, but at least you will have a worthy album in your collection, and maybe down the road we’ll see a remix!

Get your copy here, including standard edtions: