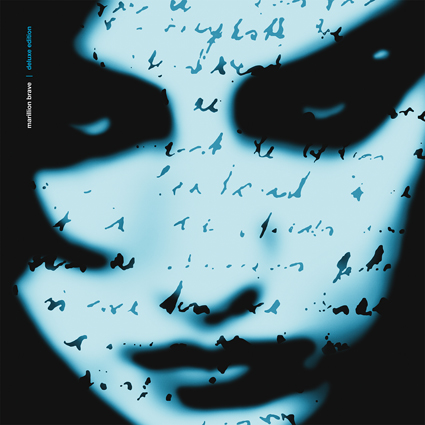 Brave is the second in a series of deluxe reissues from the legendray prog rockers Marillion which features a new 5.1 and 2.0 mix on Blu-ray. Steven Wilson once again has laid his indelible mark of aural magic to this set which comes packed with four CD’s and the high resolution Blu-ray. The first two CD’s contain the studio album newly remixed in stereo by Steven Wilson and the original 1994 mix of the album by Dave Meegan. The third and fourth discs contain a 1994 concert in Paris newly remixed by Michael Hunter. These live recordings include Brave in its entirety, which were already released in 1996 on the band’s double live album, Made Again. But wait, an additional nine unreleased tracks, including live renditions of fan favorites such as “No One Can,” “Waiting To Happen” “Easter,” and “Hooks In You” Are now part of the set.

Hitting the Hi-Res stride, the Blu-ray contains lossless 96kHz / 24bit audio remixes by Steven Wilson of Brave both in stereo and 5.1 and available as DTS-HD Master Audio 5.1 or LPCM 5.1 or 2.0. Also included are the promo videos for the album’s singles, plus a new documentary about the album that includes concert footage and interviews with the band.

Naturally, I wanted to compare the different surround codecs to fully enjoy the one my ears preferred. While both the DTS-HD MA and LPCM sound incredible, I found that the LPCM codec yielded better transients and felt more open. The subtle differences will likely not be a detriment to your listening experience, but you may find that the LPCM is more lifelike while the DTS-HD MA seems to meld together, blending a bit more and losing a bit of punch.

Really, the sound is stellar on all accounts, with deep lows, plenty of warmth, plus bite and shine in the upper regions. There are moments when the bass synth just grinds from the subwoofers, vocals command from the center reverberating out to the back channels while the band accompanies from all four corners.

Wilson has done a spectacular job at utilizing the soundscape, especially on the intro parts such as the opening track “Bridge” where he splits the babbling water up front and the pipes played by Tony Halligan which sounds much like a deep horn pushing in from the back left channel. These effects are filled in by synth parts which first permeate from the front channels and are soon followed by secondary parts the blend in from the back left and right channels. Steve Hogarth vocals and keyboards lead into “Living With the Big Lie” where the balance of the band takes their usual positions in the mix with the drums spread across the front and the bass holding down the middle.

There is a stark difference in writing and production styles compared to their earlier 80’s releases, which I attribute to the bands retreat to their newly owned private studio for 15 months to record the concept album Brave. Over its 50 plus minutes they tell the story of an abused girl wandering on Severn Bridge, moving from somber to energetic pieces filled with symphonic overtones.

Elements are vivid and clear with very good dynamics and a wonderfully transparent quality, all spread comfortably around the room. Fans of the original album mix should hear the remarkable difference, even when playing the CD with the new Wilson mix. The low end has been cleaned up, removing some muddiness, while the upper end distinctly has more sparkle. Of course, keen ears may be frustrated by the minor differences in ambience due to slight changes in the amount of reverb, and even an increase in the volume of the vocals. Regardless, the new mix is a much improved delivery of this well revered album by Marillion.

A real dimensional aspect of 5.1 mixes is fabulously incorporated on “Wave” as the piece rolls in from the front channels wrapping around to the rears as the drums and synths build. Marillion does an amazing job at moving seamlessly from one song to the next, as is the case in the transition to the next track “Mad” where the onslaught of surround immersion continues. Voices respond in the back channel swapping between the left and right as the main vocals soar from the front center channel. This is true audio ecstasy, ear candy supreme.

Steve Rothery’s sizzling guitar solos are sprinkled throughout the disc, alongside his arpeggiated rhythm parts that are sweetly chorused across the front channels. With a smooth sparkle to the top end, guitar parts are vivid in the mix along with a vibrant sheen and snap to Ian Mosley’s drums. The bottom is pristine without becoming overbearing. The immersive and open Wilson remix paints an entirely new picture for Brave, providing long time fans an entirely new listening experience.

Also, on the Blu-ray fans will find three videos, albeit in stereo LPCM, that depict the storyline with flowing imagery cutting between the band and various scenes. Additionally, a documentary which interviews band members tells about the making of the album which is well suited for inquiring listeners.

Don’t miss the two CD’s full of the live Paris concert recorded at La Cigale in1994 and newly remixed by Michael Hunter. Plenty of gems are buried within the 27 tracks, but I certainly wish a high resolution stereo edition had been included on the Blu-ray, which certainly has the storage capacity for hours of hi-res music.

The Deluxe Edition of Brave is undeniably a no brainer purchase for fans of Marillion, especially for those with surround sound setups. Likewise, collectors of 5.1 mixes will certainly want to include this fine mix in their library, and progressive rock enthusiasts also should want to do the same.