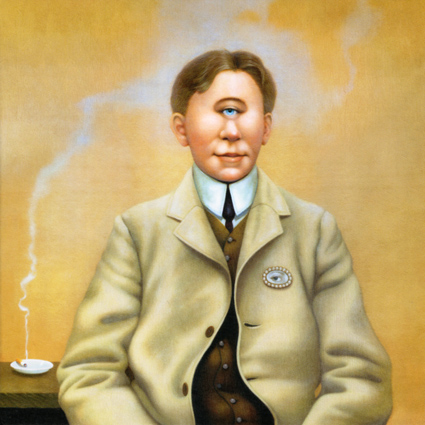 Now you can bring an incarnation of the constantly evolving legendary King Crimson directly from the live stage right into your home when you pick up a copy of “Radical Action to Unseat the Hold of Monkey Mind,” which is an immersive and comprehensive account of their 2015 tour of the UK, Canada and Japan. The individually themed 3 CD’s are effectively virtual studio albums with no audible audience which feature a representative example of every piece played by King Crimson during this tour. Robert Fripp says, “This is King Crimson...re-imagined.”

Most appealing to the high-resolution enthusiast is the additional Blu-ray featuring a complete concert performance in 5.1 surround sound and stereo 24bit / 48kHz lossless audio.

Many of us, like myself, were not in the right location to attend the 2015 tour, and certainly from a documentation standpoint this is an excellent collection. However, I am somewhat perplexed by the uniqueness between the three CD’s and the single Blu-ray. Specifically, it makes me wonder why high resolution versions of all songs contained across the three CD’s were not included on the Blu-ray. Yet, the continuity of a single performance which contains literally every song on the CD’s is a fine compromise.

When it comes to the Blu-ray, I must first mention the video, which looks like a throwback to the days of Don Kirshner’s Rock Concerts. Viewers are initially placed in about the tenth row, but transported to seats closer in as the video slowly fades from one player to the next. Unlike most modern cut concert films, this allows fans to focus on the parts each musician is playing, some shots so close in you could reach out and touch them. But, I didn’t feel the video quality was as sharp as I believe it could be, however I am an audio aficionado, and know little about video. So, let’s get to the audio!

Throughout the years, King Crimson has excelled at providing phenomenal audio quality on their recordings. Radical Action is no exception, and certainly is a welcome addition to any KC fan’s collection. The 5.1 surround sound mix places the listener into the concert hall primarily with reflections and audience from the rear speakers. Naturally the band is spread across the front with minimal use of the center channel. Occasionally the keyboards or wind parts will float off stage and head toward the back of the hall, all while still keeping their anchor on stage.

An aspect that makes this recording so unique is the pounding drum work by three drummers, placed at the front of the stage with the balance of the band on risers behind them. Check out the three snare drums as they are hit across the front channels, left, right and in the middle. Although I felt that the various snares are sonically too bright, cutting through like a razor, the cymbals have a remarkable zing.

Levin’s bass could have reached deeper, but it is full and doesn’t muddy the bottom as it resonates from the subs. Switching from the DTS HD Master Audio 5.1 to the LPCM 5.1 layer rectifies this, a common subtle difference I have noticed on many hi-res discs. Guitars simply sound incredible, and I really like how Jakszyk’s guitar consistently takes the left, while Fripp’s guitar is placed in the right channel throughout the entire show. It is so easy to hear as they change coloration from section to section and song to song, creating the tonal palate that solidifies the Crimson sound.

Collins solos and melody parts add incredible depth to the KC sound, and have been masterfully captured on this live recording. They are warm and vibrant, filled with nuances that demonstrate his dexterity on flutes and saxes.

Taking a listen to the LPCM stereo layer also revealed a slightly heavier bottom, which I noted was missing from the DTS HD MA 5.1 version. Other than the flattening of the soundstage, the overall sonic quality rivaled the multi-channel mix. While I prefer the 5.1, as it places me inside the hall, the 2.0 is truly a remarkable version for those who prefer stereo or have yet to upgrade to a surround sound system.

For those who desire, the video can be turned off, but I always want the eye candy whenever available. I found the menu system to be extremely easy to use, allowing listeners to select their audio codec, track, or to simply play the entire show.

I admit the title of this release led me to believe the versions of these classic King Crimson songs would take on a truly radical direction, approaching the wild improvisational output of the ProjeKcts collection. Instead, these are modernized, yet remarkably true to their roots versions, with careful attention to the original tonal quality of the album versions.

This is absolutely a mandatory album to add to any Crimson fan’s collection, certainly a must have for progressive rock lovers, definitely required for those who wanted to see the tour, and enthusiasts who like concert films that place you right in the audience. While I don’t think this is a must have for surround sound devotees, it is a well-executed mix that makes very good use of the sound stage. OK, time to go unseat the hold of a monkey mind.