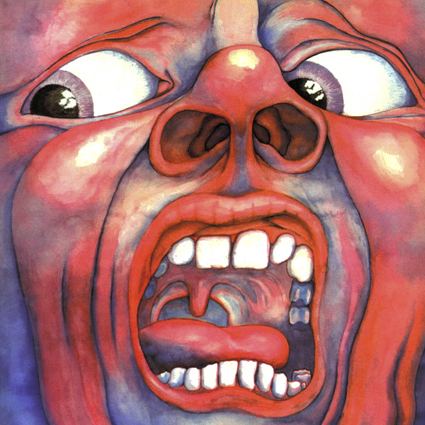 There are only a handful of iconic album covers that are so well remembered and remarkably in tune with the character of the album. Now, fifty years on “In the Court of the Crimson King” once again will find its way into your collection with refreshed stereo and 5.1 surround mixes by Steven Wilson. When King Crimson released the album in 1969, 21st Century Schizoid Man was as shocking as Barry Godber's startling cover art painting. And so, it went, everything about the band’s debut album was radically different, shaking up the old and thrusting in the new. Certainly a leader of Progressive Rock, 50 years on the band is still heralded for its continued innovation and diversity.
Now, for high -resolution audio enthusiasts and surround sound fans the real question is, how much can Wilson improve on his 40th Anniversary 2009 mix originally available on DVD. With the series just coming to its completion in early summer with the release of the Reconstruction of Light and the Power to Believe in 5.1 surround and also as part of a massive box set, is this a matter of keeping the revenue stream flowing or is it truly an improvement worthy of plunking down more money for effectively the same album?

Wilson notes that when he first remixed the album for the 40th anniversary, it was one of his first classic album projects. Thus, while he thinks that mix is pretty good, he is delighted to have the chance to revisit In the Court of the Crimson King with the benefit of 10 years of experience. He feels the new mix is a significant improvement and more faithful to the original 1969 mix, plus for audiophiles this 2019 edition contains 96kHz / 24-bit audio on a Blu-ray.

When first announced some fans thought these new mixes would only be part of a forthcoming massive box set documenting all of King Crimson’s studio and live 1969 Sessions. But the great news is a 3 CD + 1 Blu-ray edition covering the debut album is available and all of that material is also included in the massive box set.

The scaled down, friendlier priced 50th Anniversary edition includes on the 2019 Steven Wilson stereo mix, which naturally has been approved by Robert Fripp can be found on the first CD, along with 2019 instrumental mixes which include Moonchild edited to song length. The second CD contains an expanded edition of the alternate album from the Blu-Ray, while the third CD contains the original master edition of the 1969 mix plus additional tracks. The Blu-ray takes listeners into the hi-res world with the new 5.1 and stereo mixes by Steven Wilson in 96kHz / 24-bit resolution, along with the original master edition of the 1969 album available in 96kHz / 24-bit stereo. Plus the Blu-ray contains a complete alternate album comprising of 2019 mixes by Steven Wilson including a much extended duo version of “I Talk to the Wind,” a June 19th version of “The Court of the Crimson King” from the band’s final day at Morgan studios in June 1969, and an isolated voice dominant version of “Epitaph” and a version of “21st Century Schizoid Man” which combines the Morgan studios instrumental with Greg Lake vocals from Wessex studios. Also, fans will find an August 2019 overdubs by Mel Collins & Jakko Jakszyk, the latter two mixed by David Singleton. Additionally the Blu-ray includes an album’s worth of additional material drawn from studio takes, much of it mixed by Steven Wilson and including extracts from the “wind session” that produced the intro to 21CSM in stereo for the first time, the single a/b sides of the album title track drawn, for the first time since on disc, from the original master tapes and even more. Finally, the Blu-ray is completed by a set of 2019 instrumental mixes and the surviving fragment of black & white footage from Hyde Park in 1969.

Without even hearing the new mix, the bonuses are likely worth the price of admission, and knowing Wilson’s focus on excellence, the new mixes will certainly be fantastic. So, don’t delay, order your copy today!