Karcius - The Fold on Live in France - Blu-ray 5.1 surround release 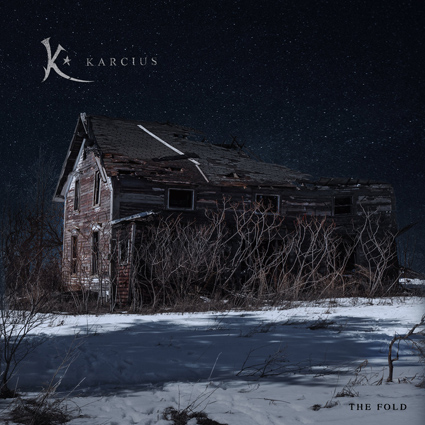 Progressive Metal band Karcius is back with the release of their fifth studio album titled “The Fold” The Montreal based group has created this concept album which considers the idea of the possibility where our perception of reality could be interpreted as a form of dementia. The 2018 album is presented on Blu-ray in 5.1 surround as a bonus on their “Live in France” 2019 release, which is a live performance celebrating the 20th anniversary of the Crescendo Festival in France. It is also available as a stand alone download from Surround Music linked below.

The album prologue reads “At the heart of every living being resides a power that lurks in the deepest corners of our minds. It can alter thoughts, render unconscious and feed on memories.” This takes listeners on an atmospheric, heavy, catchy and adventurous musical journey with cinematic storytelling, giving a new scope and a fresh twist to the Prog Rock genre.

According to guitarist and composer Simon L’Espérance “Every section of these songs are pictures, scenes and soundscapes. We wanted to create a new setting for our music so we produced the album like a soundtrack. The more the story elaborated, the clearer we understood where it took place and what purpose the characters within this universe served.” Now fans can enjoy their sonically rich production, with an absolute attention to detail and the band’s unique progressive concept, marking a milestone for Karcius.

Over the past fifteen years since their first instrumental album Sphere the band has brought their blend of fusion and more recently progressive metal to the world. Fans of Transatlantic and Steven Wilson will easily find the latest incarnation of Karcius to be of similar temperament, naturally adding their own style into the mix. L'Espérance has produced, recorded and engineered the Fold during the spring of 2018, and reviewed here is the 48kHz / 24-bit 5.1 and 2.0 mixes. L’Espérance described how co-audio engineer Thomas Brodeur and himself used the basis of the stereo mix to create the new 5.1 version. They made several stems from the stereo version and went on to redo the entire mix in surround, in turn creating a new view of the original stereo mix. Alongside the placement of parts within the larger sound scape, reverbs and delays are used in surround instead of stereo, requiring the mixing team to make a lot of volume and effects adjustments to fill the larger 5.1 space. He also notes, “Also, the vocals were almost all centered, and the sub is used to reduce bass intensity in the front stereo field.”
So, how does it sound? I continued to be pleased with the audio quality of many current day recordings with the Fold becoming another high mark for sonic purity and overall clarity. The surround mix is somewhat front centric with generous use of all three front channels. Sylvain Auclair’s Vocals are distinct and take their customary spot in the central channel adding their resilience into the front left and right speakers. The drum work of Thomas Brodeur spread crisply across the front channels with an exceptionally snapy snare that nearly leans metallic without sounding metallic at all. This vividness is extended to the remainder of the battery of drums and cymbals, extending down to the concrete kick. Making a nice use of the back channels, reflections of drums hit from behind the sweet spot, most noticeable with the snare.

Ah, but I am getting ahead of myself, since the opening track “Absence of Light” fades in with ambience, a heartbeat from the kick and guitar and synths that fill the space pressing forward from the rear speakers in a big wash, clearly exemplifying that one is listening to a 5.1 mix. Keep an ear on guitar squelches from the front left that are followed by Sébastien Cloutier’s synth pads from the back speakers. The first song builds with great dynamics that drop off into a quiet piano and vocal section that leads into one of the most creative use of the surround scape I have come across with percussive elements chipping away around the four main channels elevating to chopping guitar chords that continue in a similar pattern. The piece explodes into a wild guitar solo over a metalized backdrop only to culminate with a swirling guitar into a soft seamless segue to the next track.

Karcius does not allow a song to sit in one space for too long, moving between progressive to metal, acoustic and art rock, along with some pop sensibility tossed into their progressive blend. The second song “Something” demonstrates this very well taking listeners through multiple landscapes. The bass grinds along rolling and rumbling while the snap of the snare echoes in the rears. Keyboard pads are positioned in the back channels and guitars soar around the room after emanating from the center speaker.

The deeper I get into The Fold, the more I hear the subtle genius of the multi-channel mix. The back channels are used with great emphasis rather than acting as a wide discrete mix of the entire band. “Goodbye” clearly defines this by the reverberant reflections of the main vocals falling into the rear channels. But it is the backing vocals that fil the rears giving an absolute deep auralscape to the mix. The acoustic guitars shimmer and the synths sound brilliant as they are suspended across the sound stage. The compositions move along with introspective lyrics, and I absolutely appreciate the Moog style keyboard section that passes along to the soaring processed guitar solo. Yet, it is the fretless bass solo that really hits home for me on this nearly 10 minute track, calling back to the bands fusion roots and feeding my passion for jazz. 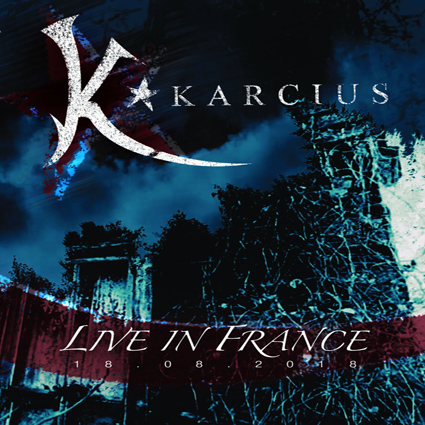 If I haven’t yet made it clear, this self-released album is not only a fantastic production, it is also a polished set of six progressive metal songs that deserve your ear. The dynamics are truly excellent, the sound quality is outstanding, and the surround mix is wonderfully immersive. I am sure you will be amazed at how easily a small string orchestra has been integrated on the track “Burning my Dreams,” fitting in so perfectly with all the parts spread around the room. The album culminates with the title track, a song that will shatter your walls and calm your nerves during its seven-minute run. Auclair extends his vocals, moving from delicate melody on to a robust growl. The emotion is well defined, the music fabulously executed, and it will completely surround you only to move to the center channel cutting out with a click to complete The Fold.

Surely this is a must have for progressive metal fans, anyone who follows Karcius, surround sound enthusiasts looking for a great mix with some nice ear candy, and listeners who are ready to dip their toes into some well-produced and creatively composed music.