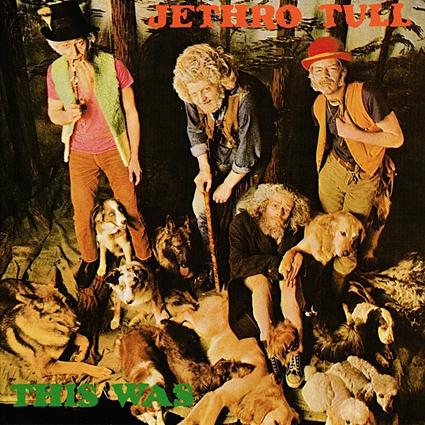 Celebrating the 50th anniversary of Jethro Tull’s debut album “This Was,” a 3CD / 1DVD deluxe edition has been released in early November of 2018. Recorded during the summer of 1968, This Was is the only Jethro Tull album to feature guitarist Mick Abrahams who left the group shortly after the album came out going on to form Blodwyn Pig. This blues-based release is markedly different from the balance of Jethro Tull’s catalogue, and also features their jazziest track ever, “Serenade to a Cuckoo,” which was the first song Anderson learned to play on flute, and is certainly one of the best tracks on the album.

Similar to previous deluxe editions, the package contains a plethora of material all bound in the same size clamshell hardcover case to perfectly match the balance of their other Anniversary releases. Fans will find the original album and bonus tracks remixed in stereo by Steven Wilson, live BBC sessions recorded in 1968, plus the original mono mix and original 1968 U.K. stereo mix, and for surround sound enthusiasts on the DVD, the original album and bonus tracks remixed by Steven Wilson in 4.1 DTS and AC3 Dolby Digital surround and 96k / 24-bit LPCM stereo, plus a flat transfer of the 1968 stereo remix. There are also 5.1 surround versions of Love Story and A Christmas Song Also included in 96k / 24-bit LPCM stereo.

Admittedly, my expectations for the surround mix were low given the album was only recorded to a four-track tape. This basically means in technical theory, the best one could do is take those four tracks and spread them around to the four main channels of a modern surround sound system. Of course, we are also talking about the ingenuity of mix maestro Steven Wilson who has extended those four tracks into a very listenable 4.1 mix!

Progressive music fans should first recognize that this is not a progressive rock album. It features a very bluesy sound, and I find the need to compartmentalize this album outside of the bounds of their remaining discography. Taken on its own, it is a good blues release. Yet, there are plenty of other spectacular blues releases from that era, so read on if you are like me, and must have the Deluxe Editions with the surround sound versions of every Jethro Tull album that has been released.

While there are some discrete elements tossed to the back channels, the mix primarily emanates from the front two channels. When the full band plays, the use of the front channels becomes more prominent, with ambient echoes placed behind the listener. But, on the stripped down second track “Some Day the Sun Won't Shine For You,” backing vocals have been distinctly placed in the rears while the guitar and harmonica, along with lead vocals are all spread across the front.

Generally, I found the sound quality to be very good, a definite improvement over the previous editions I have on hand. There is a wonderful smoothness that has an analog feel without masking the upper frequencies. I can’t say that I really hear an improvement in dynamics, but I absolutely find the distortion level to be remarkably low.

The third track “Beggar's Farm,” finds the guitar placed between the front and rear right channels, creating a bit of a triangular soundstage, something that feels a bit appropriate for the era of experimentation.

As a lover of jazz music, I absolutely appreiciate “Serenade to a Cuckoo,” the fifth track on the record. There is a wonderful live feel to the performance and mix that take me right into a club, especially with the tingle of the cymbals and snap of the snare. The drums truly are present and the band falls around them with the bass penetrating nicely into the lower regions. Both Andersons flute and Abrahams’ guitar spread across the soundstage with reverberation that provides a pleasant wetness to the mix that falls to the rear channels.

Let us remember that this was 1968, blues and psychedelia reigned supreme. There is a dirty and raw energy that pours from This Was, and looking at it retrospectively, the album title is perfect. The band moved forward, leaving behind these very roots, truly This Was Jethro Tull.

Sitting in the sweet spot, you’ll be immersed by the huge sound of the full and round guitar on “Cat's Squirrel.” I can only imagine the psychedelic rock side of Jethro Tull ravishing the audience with the thunderous and expansive sound Wilson has created in this quad mix.

Buried near the end of the album we finally get a peak at what the future Jethro Tull would sound like on the track “A Song for Jeffrey.” The blues infused piece which breaks into progressive elements with Anderson’s flute spiraling through scales and melodies. Audio engineer Wilson has once again presented a fabulous remix of a classic album, expanding it into surround for multi-channel enthusiasts like myself. This is the eleventh album out of twelve that he is slated to mix for the band, with their 1979 Stormwatch due out in the not too distant future.

Jethro Tull has done a fantastic job at including excellent bonus material on their Anniversary Deluxe Editions, and the two associated tracks, Love Story” and “A Christmas Song,” are no exception. What is more outstanding is these have been mixed in 5.1 surround, as the recordings come from a later set of sessions. Also, there are a few more stereo only mixes of out takes that fans will enjoy checking out. 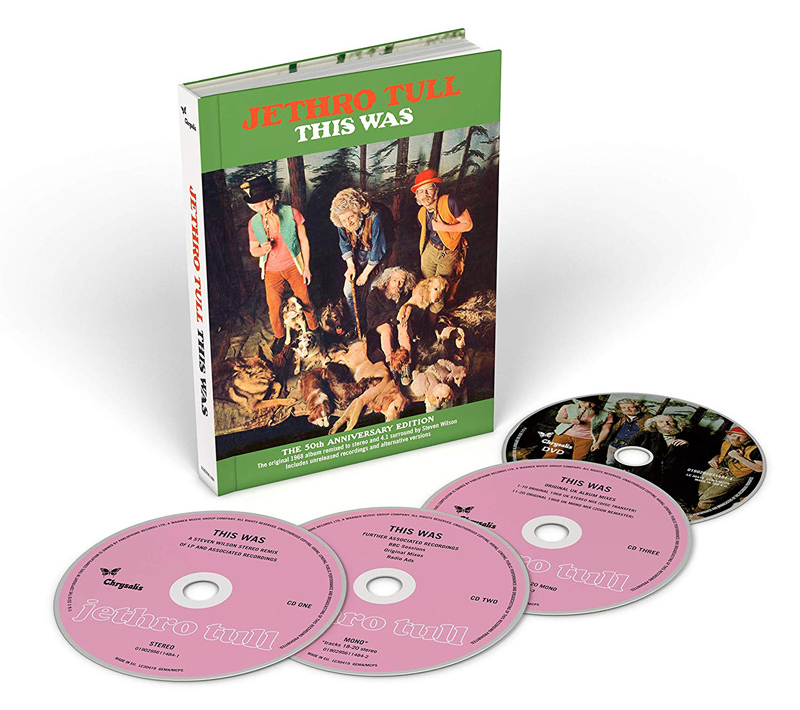 For purists, the original 1968 mix transferred to 96kHz / 24-bit LPCM simply sounds amazing. There is a nice punch and top end brilliance with sensational clarity that easily beats previous remasters that I have heard, When it comes to the 2018 stereo remix by Wilson, it is tonally different, with greater warmth and a wider soundstage. Likewise, careful listeners will notice slightly different placements of parts and adjustments in levels, making this a more refined mix of this classic album. However, I find myself preferring the original stereo mix, partly because that it what my ears know, and also because I find I enjoy the raw edginess.

I can only recommend this release for completists and surround enthusiasts who have to hear how Steven Wilson has created a quad space out of four tracks. Yes, the album sounds great, and yes it is worth adding to your collection. But, you should like blues, as this album is truly unique to the rest of their catalogue. I absolutely enjoy it, and most likely you will too!