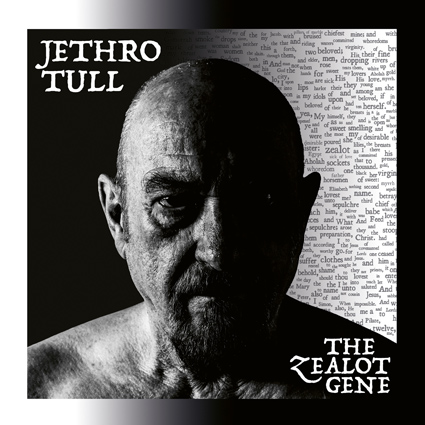 After some 20 years, Jethro Tull return with their first new studio album that evoke Biblical writings in an entirely different way from their classic album Aqualung. “The Zealot Gene” has been in the making for nearly five years, leaning toward the darker side which equate to these current darker times. Ian Anderson elaborates, “While I have a spot of genuine fondness for the pomp and fairytale story-telling of the Holy Book, I still feel the need to question and draw sometimes unholy parallels from the text. The good, the bad, and the downright ugly rear their heads throughout, but are punctuated with elements of love, respect, and tenderness.”

With over 30 albums to their credit and sales totaling over 50 million units, Jethro Tull is one of the most successful rock bands with a catalog that contains classics that still resonate today. The Zealot Gene is born of emotional necessity created by a band that has nothing to prove. Instead, this new album is the latest edition continuing their vast catalogue for fans to enjoy and reflect upon. It is available in a variety of formats including colored vinyl and CD editions. For high resolution collectors, a limited deluxe 2CD +Blu-ray Artbook edition features a 5.1 surround mix by Jakko Jakszyk along with bonus demo material. The artbook contains extensive liner notes including an interview with Ian Anderson conducted by Tim Bowness.

2CD + Blu-ray deluxe edition with 5.1 surround and stereo mixes along with bonus material.  Also available on colored vinyl and CD.