Ian Cooke – The Flight I Flew and more surround albums 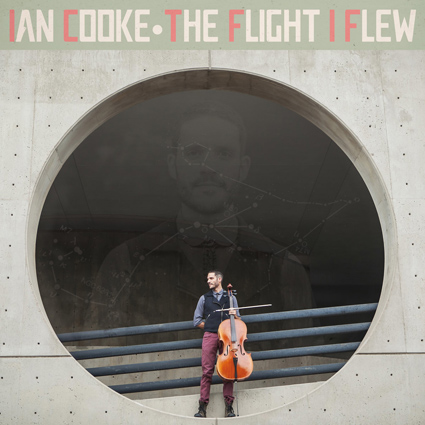 For the uninitiated, Ian Cooke has carved out an extremely unique sound which qualifies him as one of the most intriguing artists you’ll likely hear. Even the packaging of his CD + DVD special editions is very crafty, making use of a house shaped origami folded piece of heavy weight paper that is sealed with Velcro. Cooke sent me all three of his surround releases to check out, and I have been finding each of them to be an amazing listen.

Working backwards through the three surround releases, his 2017 “The Flight I Flew” is an evolution in both music and mixing, when compared against his earlier recordings. The basics continue across all albums with the dominant use of cello, piano, and vocals. For those familiar with the Vicar’s Songbook #1 which I reviewed back in 2013, you will likely find a home here too. Likewise, for fans of the orchestrated Beatles songs, such as Eleanor Rigby, some similarities exist. Yet, what Cooke has done is integrated a more classical downbeat element that layers in progressive rock and alternative styles. Of course all of these albums stream on BandCamp, allowing newbies to check out the music for themselves before purchasing any of these recordings.

Now, let’s get into the sound quality and surround mix, which is the primary purpose of this review. On Cooke’s most recent 2017 album “The Flight I Flew” an nicely balanced surround mix has been produced and engineered by Ian O'Dougherty at Popshop. The DVD contains a high resolution DTS 48kHz / 24-bit 5.1 mix of 12 crafty pieces composed by Cooke, who also doubles down on cello, piano, and vocals, with accompaniments from several musicians adding violin, viola, percussion, ebow, contrabass, and a few other surprises.

What I immediately liked was the openness to the enveloping surround mix which placed the core instruments up front while blending secondary parts and delays into the rear channels. Percussion percolate’s from the center channel, and vocals fall between the front left and right speakers. I found the recording to be clean and have good dynamics which allowed for subtleties to shine through.

The use of echo and delays aided in adding depth to the mix, and there are some cool movement of parts as they shift from front to back and left to right with these effects added. The music is so unique that it draws you into the story and gives rise to a take on modern classical that demonstrates how music has fused and evolved over the years. Excellent use of the back channels can be found on “Web Of Sound” with bubbly percussive effects that shimmer from left to right.

The Flight I Flew also contains a LPCM 48kHz / 24-bit stereo layer that effectively flattens the spacious surround mix. Yet, unlike other stereo mixes, I didn’t find it congested and the imaging fell both in front and behind the speakers allowing for some depth in the mix. This edition also contains lyrics that one can read on screen while each song plays, plus on the instrumental versions Cooke added violin, cello, or toy piano that follow the vocal melody. The instrumental versions are available in both 5.1 and 2.0, and keen ears will notice that the mixes have been changed around quite a bit, and you may even find that you prefer the instrumental versions. Cooke says “A lot of the vocal melodies were written with strings or woodwinds in mind, and lyrics were sometimes added with a little hesitance as the voice just wasn't as fitting tonally. Some of the songs are essentially classical, but placed into a folk or pop box.” 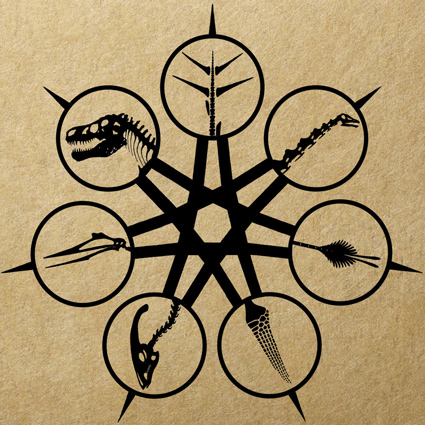 Cooke’s 2013 album “Antiquasauria” takes on a more progressive feel with use of guitars, bass, and drums with the composer once again handling voice, cello, and keyboards. Both MLP 96kHz / 24-bit and DTS 48kHz / 24-bit surround and 96/24 MLP as well as LPCM Stereo layers can be found on the DVD, which also contains instrumental versions of the album. Ian O'Dougherty also produced and engineered this masterful release with co-production and engineering credits given to Chris Fogal. However, the 5.1 surround mix has been created by Neil Wilkes (King Crimson, Yes, XTC, Jethro Tull) in London, UK.

On Antiquasauria I found the MLP surround layer to be significantly clearer with a more transparent open soundstage when compared against the DTS layer. But, for those seeking video and on-screen lyrics, you’ll need to select the DTS layer, as the MLP layer merely has a graphic and song title on screen. The mixes are pleasantly immersive, naturally with the core band spread across the front channels. Yet there are sections where the back channels merely are reflections of the front speaker action, allowing for the mix to open up with discrete parts popping in and out from time to time.

I especially like the enveloping mix which surrounds the sweet spot on the track “Parasaurolophus.” Keyboards and additional vocals take the rear channels, while main vocals are in the center up front and the remainder of the core band falls across the front left and right speakers. Antiquasauria contains several intense pieces that lightly remind me of early King Crimson, but in a very Cooke way. Strewn throughout the album are a few tempered songs that lead back to his classical roots finding a gentle side to Cooke’s special brand of progressive rock.

Don’t miss the videos on Antiquasauria, which are very creative and extremely well produced. Likewise, instrumental versions are also available for the entire album ready for your karaoke parties or quieter times where vocals seem distracting to your listening pleasure. The special edition CD + DVD edition also contains a 16 page 8.5 x 8.5 inch heavy weight paper booklet that contains lyrics and sketches. Plus, you also may enjoy his 2011 CD album “Fortitude“, as it is the musical link between The Fall I Fell and Antiquasauria where Cooke is becoming more proggy. 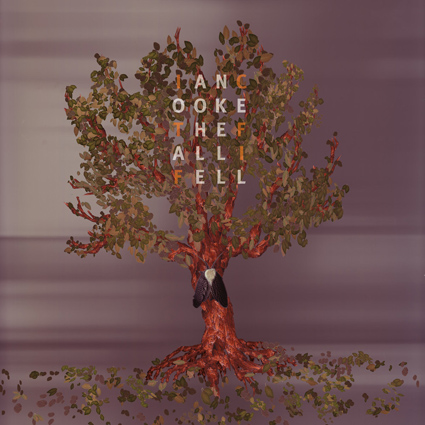 Cooke’s earliest 5.1 release “The Fall I Fell” from 2007 is comparatively stripped back to his later works. Containing both a DTS 48kHz / 24-bit surround and stereo layer, 5.1 enthusiasts will find all channels firing with delay and discrete parts throughout the 12 tracks. I really like the zesty cello that dominates these songs with its clear and airy feel that provides a true sense of presence. Cooke’s vocals are strongly anchored in the front channel while lightly emanating from both the front left and right speakers, providing a clear placement up front that allows for the listener to fall slightly outside of the sweet spot with minimal impact.

The fourth track “Flood” is a remarkable song both mix and compositionally. Ghostly effects blur across the back channels with a percussive buzz that accentuates the piece moving from the fronts to the back as the part crescendos. Hats off to both Ian O and Bob Ferbrache who both recorded & Produced The Fall I Fell which has become the lead into the surround world for Cooke’s music.

Yet, a hidden gem on The Fall I Fell is labeled 2017 Commentary/Surround, which is a fresh 5.1 surround mix by Ian O. I found improved dynamics and an even more transparent mix when compared to the original 2009 5.1 mix by Bob Ferbrache. Using the original 5.1 mix as a roadmap, subtle changes have been incorporated which make greater use of the back channels, providing for an entirely new listen for multi-channel audio enthusiasts.

Throughout the years Ian Cooke has maintained a high level of detail for his self-released albums. Recommended for fans of progressive rock and listeners who seek unique creative music. 5.1 surround enthusiasts will certainly find pleasure in the various mixes, and if you are like me, you’ll find this special blend of music will continue to grow on you with each listen. I suddenly notice something new each time, which brings me back to saying again that Cooke’s level of detail is fantastic, making these releases something that is truly worth adding to your collection. His BandCamp site also contains a purchase for 5.1 FLAC files for those who want to strictly maintain a digital library.