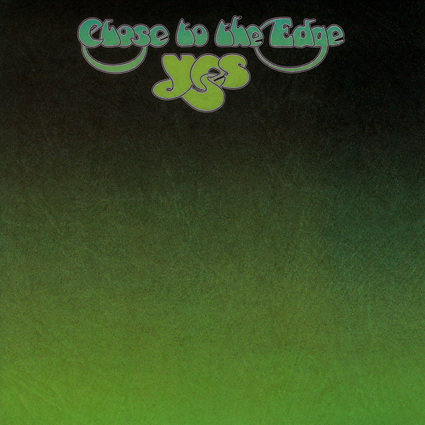 Yes has re-release their beloved 1972 album "Close To The Edge" with additional tracks, plus new stereo and 5.1 mixes from Steven Wilson. This is available in both CD/DVD-A and CD/Blu-ray formats. Fans will be please to know that this is the first in a series of reissues from Yes on the Panegyric label.

Presented in a mini vinyl replica gatefold card sleeve with a booklet featuring new sleeve notes by Sid Smith, along with rare photos and archive material, the release contains original artwork by Roger Dean who has overseen the artwork for this new edition.

With a vast amount of mixes to choose from, remind yourself, it is time to get a Bluray player, as the DVD-A edition doesn't contain the instrumental versions and the needle drop edition.  But, either high resolution versions contains the 2013 5.1 mix, and both the stereo mixes from 2013 and original 1972 mix.

This is by far one of my personal favorite records, and I have been anticipating a surround sound mix for a while, and now it is here.  The title track begins with a slightly extended 57 second crescendo of sounds from nature, accompanied by a celestial, LFO-derived synthesizer pad..  Spread across all channels, this intro slowly becomes louder, encompassing the listener with a wash of sound.  The band kicks in with a guitar riff that appears throughout the work, but the surround mix lacks the intensity of the original stereo mix, with a less edgy quality that rebalances Howe's lead guitar softer and nearly becoming lost with the blasting of Squiare's complex bass parts and Bruford's heavy hitting drums. However, the bass sounds remarkable, and the drums are spread wide across the front channels, with distinct clarity, a common attribute to the majority of Wilson's surround mixes.  As a rhythmic figure takes over, Anderson starts singing, his vocals come from the center channel, with backing vocals placed in both the left and right rear channels.  This makes for an excellent surround experience, although the main vocals in the center channel have been notched up a bit, just on the edge of becoming overpowering.

There are many parts to Close to the Edge, and a favorite is the infamous "I get up I get down" part of the piece, the instrumentation of which makes the listener feel as though they are floating on a calm sea.  There is plenty of reverb that stretches across the four main channels, which really adds to the depth of the soundstage, especially when compared to either of the stereo mixes.  During this section, Wakeman introduces a church organ that double-peaks, which was created by doubling  the organ bass with the deep growl of  a Minimoog. Several thunderous blasts ensue and the piece propels itself into the next and final movement.

As the piece peaks during this final movement the band is in full force, with additional guitars, and synth overdubs that create the multiple layers to the crescendo.   Reverting to the start, the sounds of nature come back and fade out as the song ends.

The second track, "And You and I" is remarkable in surround, with the room reflections of acoustic guitar floating from front to back channels, hitting both the left and right walls.  The synth is gently placed in the rear, and then the deep resonate bass thumps out the rhythm in the front channels.   The Minimoog is added, although seems buried in the mix, with Anderson's vocals coming in over top in the center channel.  As the song progresses, drums and additional synths are introduced.  The surround mix is very full and really captures the essence of the piece for multi-channel fans.

The third and final piece, "Siberian Khatru,"  continues to make excellent use of the multi-channel space.  With the full bank kicking throughout the piece, there is plenty of room to place instruments around the room, while maintaining a real congruity to the overall sound.  However, there are some guitar parts that don't have the gusto of the original mixes, and change the overall tone of the piece.  While these are subtle changes, they effect the movement of melody and the edgy guitar work.  The most blatant change of this reinterpretation by Wilson is the end of the song where the second guitar part prior to the main solo is mixed under, and the main lead comes blasting in the center channel.  With these negatives aside, there is much to cheer, with the vocal hits midway through the piece truly revealing the dynamics of the song, and the overall clarity is awesome.

While I am a huge surround sound fan, I need to get a bit purist at this point.  The needle drop version is by far the best version of anything out there.  Clearly it maintains the original mix, and while it doesn't have the depth of a surround mix, it has the edge and musicality of the pieces as I have heard them over the years.  This is only available on the Blu-ray edition, so if don't own a Blu-ray, time to get one.

I checked out the instrumental versions, which have their appeal.  Of course I miss the vocals, and other than using this for heavy hitting Karaoke parties, I don't actually believe I would listen to these again.

Any Yes fan will want to get a hold of this edition of their classic "Close to the Edge."  I strongly recommend the Blu-ray version, but understand collectors who prefer to stick with DVD-Audio at this point.  Beyond that, listeners who enjoy progressive rock and very good surround sound mixes are strongly encouraged to add this to their collection.

Audio CD and either a DVD-Audio or Blu-ray which includes a 5.1 surround sound mix. Also available in vinyl.