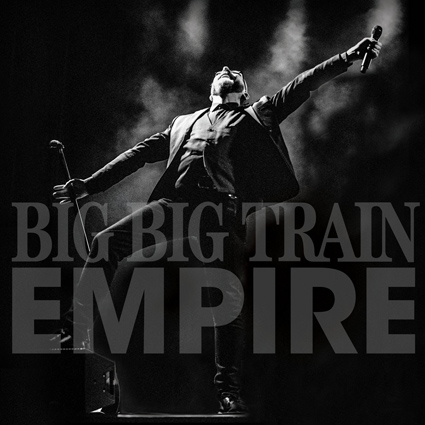 For the video enthusiasts, the show was filmed using five operated cameras and a sprinkling of locked off cameras. The camera operators were given pre-direction, then left to their own devices to react to the music during the concert. Viewers are treated to spectacular close-ups of each band member. Shots from both near and far are tastefully cut throughout the show, including shots high from the balcony, shots from both sides and from the back of the stage, and side shots closer in from the auditorium.

Visual editing is tastefully accomplished, nicely paced without the frenetic M-TV speed, showing the correct musician at the right time, including the horn section for the first time,

Now, for the hi-res audio enthusiast, the sound is superlative and the DTS Master Audio 5.1 version is weighted toward the front channels, there is plenty of discrete action in the rear channels. In fact, the use of the back channels is so well balanced, that is immerses the listener without feeling gimmicky or overbearing. In other words, the concert flows from the fronts and is wonderfully accented by keyboards, guitars, backing vocals and the like from the rears. Take special note to the brilliance of the harmony vocals, especially at places where they expand into four parts. Longdon’s vocals pour out of the center channel, and this isolation provides excellent clarity, which even extends to the introductions, making then much easier to follow.

I found every part to be distinct with plenty of bass and an overall warmth that really put me into the theater. Dynamics are particularly good and there is not an over abundance of ambience that can water down a live recording with too much splashiness. In essence there is a studio quality to this release coupled with the flow and musical interaction of a live performance.

There are absolute differences in tonal balance between the surround and stereo versions, and these clear differences may find listeners selecting one over the other for their apparent overall sound quality. The stereo coded is brighter, thus seems to lack the fullness of the bass heard on the surround codec. With such a large group, the dense blending of the many parts may have required these distinct changes, but I found myself preferring the surround version due to its discrete nature and overall warmth.

The album culminates with the encore masterpiece track “East Coast Racer” which is a true classic of the entire set. Clocking in at over fifteen minutes of pure prog with soaring vocals, a wind quintet that is complemented by flute and violin. Big Big Train lives up to the group’s name with thirteen musicians on stage, a powerhouse of progressive rock with a pop edge.