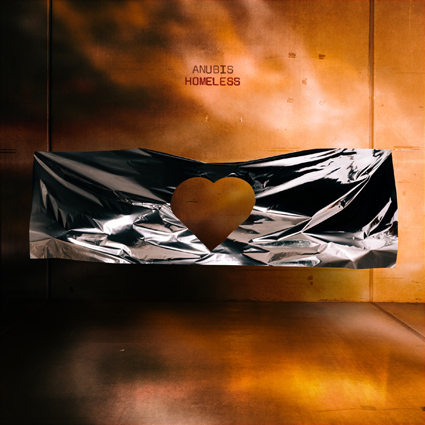 For the uninitiated, Anubis is a progressive rock band with strong neo-prog leanings from Australia. I have collected their previous five studio albums, and immediately picked up their 2020 release “Homeless.” I can easily see this becoming my new favorite from the band, but sadly Homeless is also their shortest. This comes as a surprise given their previous lengthy albums, but apparently it has been written with the vinyl revival in mind. Thus, it is available on a single LP, Compact Disc, and of significance to high resolution fans, as an 88.2kHz / 24-bit download in WAVE or FLAC from their BandCamp page. Fans can pick up either of the physical media formats and still receive the hi-res download as part of the package. A digital only edition is available too.

Homeless is entirely contemporary sounding with great depth and color over each of these shorter songs. The album yields very good dynamics and overall good clarity. I found the mix to be a bit thin, but this doesn’t detract from the power of the music.

The album starts with the longest track, “Reflective,” mirroring the sound of much of their previous works. The remainder of the album is still recognizably Anubis, but their sound differs, decreasing the heaviness and creating more flowing pieces. Throughout the album, one may hear similarities to Radiohead and Leprous, rather than bands one might associate with neo-prog.

The first part of the album ends with the single originally released in 2019 titled “Home.” This lovely and melodic piece and somewhat reminds me of Pineapple Thief. The lyrics are simply infectious, and you may find yourself humming or singing the refrain.

The second part of the album, basically side two of the vinyl version, has a fantastic sequence of songs. I must remind readers that back in the 70’s, progressive rock was the popular music of the era. Anubis does an excellent job at melding progressive with neo and contemporary styles to create a pop feel that has deep roots in prog-rock. Sirens, the other single from this release, portrays much of that pop-rock element, with upbeat drumming, soaring guitar solos and Dream Theater like vocal work. This gives way to a quiet and introspective duo of songs that completes the album. The closing track “Gone” is as perfect as the opening track “Reflective,” with lush and gorgeous piano, guitar and vocals that continue to display the overall excellent quality of the recording.

Referring to their latest album, Anubis says “Homeless is written from an individual’s perception of their world as it exists in 2020. From the ever-increasing reliance on technology to the increase in inequality and poverty. From rampant populism to the crumbling environment in which we live; from the vacuous ‘thoughts and prayers’ from the leaders elected to enact change in people’s lives to the individual’s never-ending quest for enlightenment, empathy and heart.” While the cover art seems to allude to the Australian bushfires, this apparently is purely coincidental. Yet, current events do give an added poignancy to this release.

Recommended for fans of progressive rock, neo-prog, and of course Anubis. A strong new release from an under rated band that really should be in every prog collection.