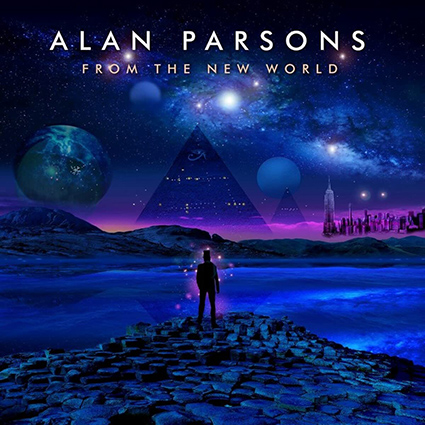 Legendary producer, engineer, and songwriter Alan Parsons has returned with an all new studio album titled “From the New World.” The eleven-time Grammy nominated music icon and progressive rock veteran released his last studio album “The Secret” back in April 2019. This 2022 release touches on the classic sounds Parsons has penned over the years during his illustrious career, naturally containing and blending progressive, symphonic, and classic rock elements. Working with artists from around the globe, parsons has assembled an impressive guest list that includes renowned guitarist and singer Joe Bonamassa, Tommy Shaw of Styx, vocalist David Pack of Ambrosia, and vocalist James Durbin, each who have added wonderful touches to the impeccable performances by Parsons and his incredible backing band.

The album is available in multiple formats including colored and clear vinyl, a single CD edition, and for high resolution and surround sound immersionists a CD + audio only DVD which features a surround mix of the entire album in 5.0 DTS 48kHz / 24-bit.

Also a collector's box set is available that includes the same CD+DVD combo as noted above (housed in a digipak), a Live in Madrid Digifile, T-shirt (size L), 180g Blue Transparent LP gatefold, poster, and a numbered lithograph.

Note:  Apple music lists the album as available in Dolby Atmos in the USA on the Apple TV 4K.  However it only plays in stereo on my system.  Please add your comments, especially if it is available in Atmos in your region or even as Dolby Audio.