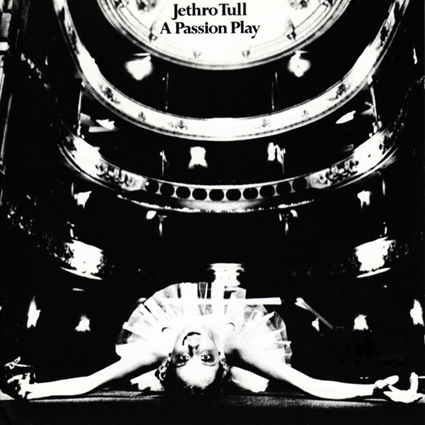 A Passion Play by Jethro Tull has received the deluxe box treatment featuring four-discs including both a 5.1 surround sound mix and a new stereo mix by Steven Wilson. Now listeners will get twice as much with the addition of the earlier abandoned Chateau d'Herouville sessions both in surround and stereo mixes too.

The 2 DVD's include the stereo mixes in hi-res with the surround sound available as both DTS and Dolby 5.1 24 bit / 96 kHz. The CD's include the new stereo mixes, or analog fans can pick up the two LP vinyl version which will also be released as a separate package.

Not surprising is Steven Wilson's exemplary mix of this genre defining progressive rock album. As with many of his remixes, the overall original sound of the album has been maintained, while also expanding the soundstage for surround sound. But don't expect just a cleaned up version with this remix, take note to smooth panning, wider left and right separation and more punch and cymbals from the drums, along with an overall change to the balance of instrumentation on the remix. Whether these changes are improvements are certainly subjective, and purists probably won't be picking up this copy except if they desire the Chateau d'Herouville sessions, which we will talk about in a moment.

As a fan of multi-channel surround music, I have come to expect nothing less than an excellent mix from Steven Wilson. However, like anticipating the next scene in a movie, Wilson has not added any surprises on A Passion Play. Of course drums and bass are up front, with vocals placed in the center channel. In fact much of the instrumentation is placed in the front left and right channels, with spatial reverb falling to the back. Occasional second parts have been placed in the back channels. There is nothing out of the ordinary, although this does make for a very pleasing surround sound mix. While my modern ears desire brighter drums and sparkle on guitars, I find the low end has a roundness not found on the CD copy I already own. While nothing special, the 5.1 mix is still worth including in your surround collection.

What makes this a must have box set is the Chateau d'Herouville sessions, which are mixed both in stereo and surround sound. On their previous recordings, Jethro Tull consistently had been changing band members, but kept the same lineup from the Thick as a Brick album. However, there were problems in the the Château d'Hérouville studio near Paris in which they had begun recording the album , leading the band to give up the ghost and shift venues. Thus they set aside the hour or so of music they had recorded and started all over again elsewhere. These sessions provide a fantastic look into the creative process with earlier versions of many songs, including Skating Away which was subsequently released on War Child.

Hindsight twenty-twenty, A Passion Play turned out rather well. Now knowing a bit about the saga of the album, this extended 2014 release details what might have been as well as what ultimately became A Passion Play. Strongly recommended for Jethro Tull fans, surround sound music enthusiasts, and progressive rock aficionados.