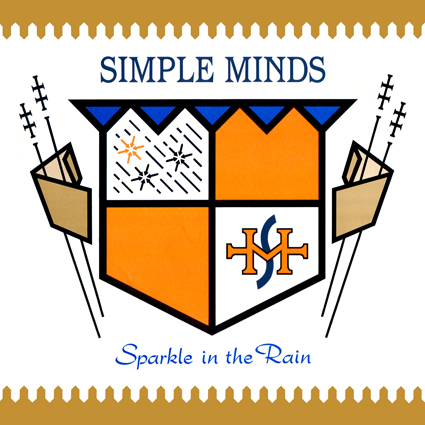 New Wave fans are in for another surround sound treat with the Simple Minds’ five disc box set of their 1984 classic, “Sparkle in the Rain.” Andrew Walters has re-mastered the original stereo mix for the first CD, and the second CD contains a collection of rare B-sides, some making their debut on the CD format.  The third and forth CD contain a previously unreleased concert recorded on February 28, 1984 at Barrowland, along with a BBC Radio One three track session from September 1983.

The gem of this collection is the NTSC-0 Region Free DVD which contains a 5.1 surround sound mix by Steven Wilson, naturally remixed from the multi-track master tapes. Along with both DTS and Dolby Digital 5.1 versions, there is also a high res stereo mix and the albums original promo videos,

A scaled down version is available on Blu-ray which includes the album in stereo and surround sound with no bonus tracks, nor the additional concert found in the deluxe package.

Fans have discovered a fault on both the Blu-Ray and DVD. We strongly advise not picking up a copy until a new disc has been made. Burning shed is an excellent place to check for stock, as they have removed all availability until the corrected disc has arrived.

For those who picked up a copy, your comments are welcome by sending an email to Mediaversal here.

4 CD and 1 DVD with 5.1 mix, or on 1 Blu-ray containing both stereo and surround sound mixes. Also available on Vinyl.