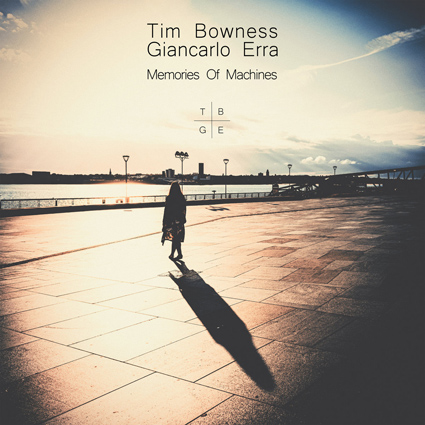 Over ten years later “Memories of Machines” is back in the spotlight with a new mix of the entire album updated by the duo Tim Bowness & Giancarlo Erra. First released in 2011 under the album name “Warm Winter” and under the group name “Memories of Machines,” the reignited version has been released by Kscope to celebrate the anniversary of the original album.

The album features contributions from luminaires Robert Fripp, Peter Hammill, Colin Edwin, Julianne Regan of All About Eve, Peter Chilvers, Jim Matheos of Fates Warning, Huxflux Nettermalm, Aleksei Saks and members of Nosound and Tim Bowness’s various live bands. This new version features a 2021 remix from the original master tapes by Erra, emphasizing the textural sound of the music while also restoring the songs to their original arrangements and track lengths. For fans with the earlier edition, these changes have resulted in a very different listening experience, especially for surround sound enthusiasts, who for the first time will be immersed by the sonic beauty of the album.

The 2022 release is available as a CD + DVD- V including a 48kHz / 24-bit 5.1 Surround mixes or stay in the analog world and enjoy the double vinyl edition. Plus, this reissue contains two 2020 recordings, an album outtake, and a new version of the 2006 Nosound piece “Someone Starts To Fade Away,” created especially for this release. Brand new artwork from Erra and Caroline Traitler were also created for this updated and expanded version.

While this set contains an immersive high resolution 5.1 experience, fully encompassing the sweet spot with lushes’ layers of sonic bliss, the stereo version is found only on the CD. This album is best for contemplative listening and the surround mix is one to collect for immersive music fans.