Pineapple Thief - Nothing but the Truth - Atmos / 5.1 Blu-ray surround review 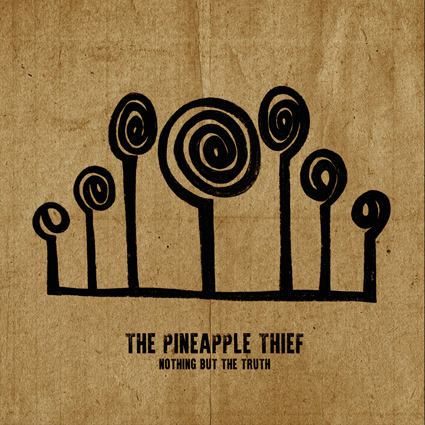 After the chart success of “Dissolution,” the 2018 album from the Pineapple Thief, the band went on to release “Versions of the Truth” raising the standard even further, quite possibly delivering one of the most important rock albums of 2020. On the heals of their recent rise to international fame, “Nothing but the Truth” captures the group at their finest on this 2021 release available in multiple formats. With stellar video and pure audio recording, they performed songs from their illustrious catalogue, including songs from their latest studio album “Versions of the Truth.”

High resolution enthusiasts can choose between a Deluxe 4 disc hardback book containing a Blu-ray featuring hi-res stereo 48kHz / 24-bit LPCM, DTS-HD MA 5.1 48kHz / 24-bit, and Dolby Atmos 48kHz / 24-bit, while the DVD contains lossy codecs in 5.1 surround and 2.0 stereo. Both the Blu Ray and DVD discs feature the full performance plus a dedicated Gavin Harrison ‘drumcam’ option and also Includes 4 bonus songs not seen on the streamed event. Additionally, these discs contain 4 music videos “Demons”, “Break it All”, “Versions of the Truth” and “Driving Like Maniacs” all with Dolby Atmos mixes. Plus, there are 6 documentary shorts from the band that are very interesting from the perspective of how the songs evolved and were arranged. The final two discs are CD’s containing the live concert. Alternatively, a standalone Blu Ray edition is also available containing the same content as noted above. For the analog audiophiles, a gatefold double LP is available on black vinyl and also sold as a 2CD set.

There are two distinctly excellent aspects to the Blu-ray edition, the video quality is top notch, sharp and clear, and the surround mix is wonderfully immersive. As with all of the recent Pineapple Thief surround releases, the overall sound quality is fantastic. Yet, I found the mix to be a bit weighted to the bottom, partially masking some of the resilience at the top end. However, this rich bottom is very fitting for a band that crosses slightly into heavy-metal with their crunchy guitars, strong drumbeats, and throbbing bass.

With a strong presence across the front channels and parts reverberating into the back channels, the moody “In Exile” creates an extra sense of unease that really draws you in. Guitars have been pushed forward in the mix compared to the original studio version. There is a driving force that is enhanced by the guitar solo that sores from the back channels as the drums penetrate across the front speakers.

The center channel has been used sparingly throughout the 17 tracks, focusing on secondary guitar parts instead of vocals often heard there in many other surround mixes. Still, you can hear vocals bleeding into this channel as it is opened. Keyboards swell from the back speakers on “Build a World,” extending the space around the sweet spot. Ambience throughout accents each piece, with crystal clear reverbs and delays, but don’t expect to hear an audience in this Covid era recording.

Synthesizers approach from the rears as a strangely plodding “Demons” starts with the balance of the band slowly stepping in across the front speakers. A minor aspect that gnaws at me is the imperfection of the way some of the vocals have been recorded, yielding a slight muffled sound and too little space. Yet, these performances do represent the sound of a live show which are naturally different from studio releases where time can be spent on perfection. On the other hand, Harrisons’ drums absolutely sparkle, especially on Demons with the incredible vibrant clarity of the cymbals.

A similar pattern of instrument placement in the 5.1 mix continues as the streaming concert goes on, with only minor energy placed into the subwoofer. Considering the mix offers such a deep bottom, I admittedly was somewhat surprised to discover this. Regardless, I found the balance to be quite good at conveying the overall sound of Pineapple Thief that leader and mixing engineer Bruce Soord has developed over the years. “Break it all” is no exception, and fans will also find 2014’s “Someone Pull Me Out” as a welcomed addition from their back catalogue.

Speaking of classics, the emotive stab at 2004’s “Wretched Soul” may be one of my favorite mixes and grooves on this album. This piece offers a strong rhythm upfront with ambient guitar parts droning in the rears lending to a pleasurably wide mix that encompasses me with its subtleties. Take note to the high dynamic levels and focus on the detailed droning guitar as they subtly fade and are re-introduced over and over again. For me it is tracks like this that impress, making it ever so clear why one must remain in the high Resolution Audio world.

The closing track on this live streaming release is “The Final Thing on My Mind” which opens up and completely surrounds the listener with guitars from the back channels, while the bass, drums, and keyboards spread across the front with vocals reflecting from all corners. This slow tempo and mysterious sounding piece is a perfect contemplative ending. However, don’t jump from your seats just yet, the closing credits offer a wonderful immersive experience with elements playfully dancing all around.

Certainly, this is a strong release from this well-known group that I absolutely recommend for surround sound enthusiasts and followers of the band. Even better, this collection is especially good for enjoying alternate versions of some classics and many of their more recent popular songs.