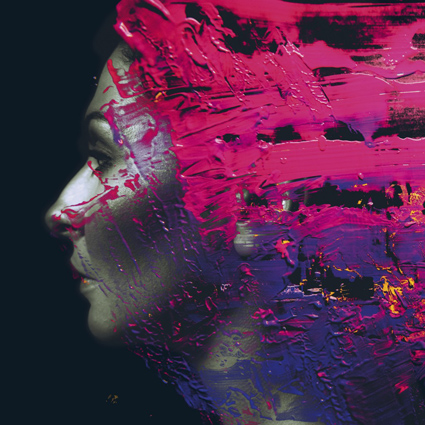 Steven Wilson is back with his fourth studio album, “Hand. Cannot. Erase.” The founding member of Porcupine Tree, guru of surround sound mixing, and four-time Grammy nominee released his new album at the beginning of March 2015.

Both DVD and Blu-ray editions are available, however the Blu-ray comes with additional features not found elsewhere. Naturally fans will receive both high-resolution stereo & 5.1 audio in 24bit / 96kHz LPCM & a DTS-HD Master Audio in 5.1 on the Blu-ray. Along with the complete album, exclusive to the Blu-ray are seven additional alternative versions, mixes & radio edits. Also featured is a half-hour studio documentary, along with a photo gallery of various studio sessions. A download card with a unique code for FLAC and mp3 versions of the album is included with the Blu-ray only. Fans looking for the full immersion can pick up the Deluxe Box set that contains additional exclusive demo material, but is not reviewed here.

Recorded at the Air Studios in London, Steven Wilson is once again joined by Guthrie Govan on guitars, Adam Holzman playing keyboards, Nick Beggs on the bass and stick, and Marco Minneman holding down the rhythm on the drums.

Wilson’s new release follows an international run of sold-out shows just after previously releasing his top charting album “The Raven that Refused to Sing.” Likewise, as one would expect, this is another fantastic album to fill our listening rooms with top notch surround sound and high-resolution audio.

Every part on Hand. Cannot. Erase. Has been expertly recorded, with a real dynamic punch, openness and a very natural sound. The opening track “First Regret” fades in with synths, effects, and children’s voices ever so slowly rotating clockwise around the four main channels, settling into piano up front and a bubbling synth part from the rears. As the drums and bass kick in with electric guitars, listeners will hear slapping off the back channels, a very typical trademark of Wilson’s surround mixes. As the song progresses vocals appear in the center channel overtop a softly strumming acoustic guitar and secondary electric guitar parts filling in from the rear channels.

Delayed guitars spread across the front channels with the rhythmic beat of the drums coming in from the back channels on the title track. Developing slowly, vocals are placed in the center channel followed by the full drum kit and bass up front as the remainder of the band kicks in. Wilson continues to show his prowess as the surround sound master, providing a stunning experience for multi-channel high resolution fans.

The dreamy and trance like track “Perfect Life” is another demonstration of an excellent use of the 5.1 sound stage with parts echoing from one side to another along with vocals that take a relaxing moment to reverberate off the rear channels from their front center origin.

I found nothing out of place within the mix, and the sonic balance to be stellular. The overall production is excellent with rotating pictures that slowly change within each song. I truly feel the music and sense how alive each track is as it plays in my home. One can hear the influence of Prog legends like Genesis, Pink Floyd, and King Crimson throughout the album, all with Wilson’s unique artistry. “Home Invasion” is certainly an example of the Neo-Prog sound that Wilson himself has helped carve out over the past couple of decades. There are moments where listeners can feel the energy of the instrumentation move from the front to rear speakers with tom-toms hitting from the rears along with an expansive synth solo that echoes across the entire sound stage.

The alternate versions included on the Blu-ray are interesting, and provide perspective on the songs development. There is a photo gallery with plenty of shots from the studio sessions along with a video documentary about the same. I expected to find the video versions of some of the songs that have shown up online, but if they are included, I can’t find them! For me its about the music anyway, thus all these extras are just that, extras.

There is no question that Hand. Cannot. Erase. Is a must have surround sound high resolution album to add to your collection. It is a well written and superbly produced release by Steven Wilson, the master of multi-channel music.