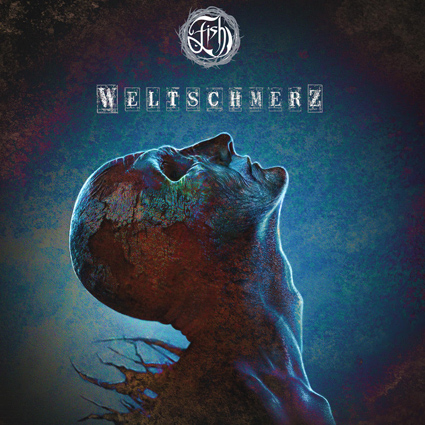 Weltschmerz is the 2020 release and apparently the final studio album from former Marillion front man Fish that is being acclaimed as the finest work of his long and illustrious career. This double disc album has been co-written with long time collaborators Steve Vantsis and Robin Boult with contributions from John Mitchell (Garden of Remembrance) along with Foss Paterson. Weltschmerz has been 3 plus years in the making and pre-release promo videos have had fans already stating that it is an exceptional piece of work. Produced by Calum Malcolm (Blue Nile, Fish “Feast of Consequences” and '13th Star’) and Steve Vantsis and contains the singles “Man with a Stick.”

The album was principally engineered by Steve Vantsis who also plays a plethora of instruments including bass, keyboards, and guitars, as well as handling programming and sequencing. Songs includes contributions from saxophonist David Jackson, Doris Brendel adding backing vocals, Craig Blundell of Porcupine Tree fame and drummer Dave Stewart, plus guitarists Robin Boult and John Mitchell, keyboard parts from Liam holmes, and strings performed by members of the Scottish Chamber Orchestra and Mikey Owers blending in brass, among others.

For high resolution and surround sound enthusiasts, a limited deluxe edition of the album is available in a box containing 2 CD’s and 1 Blu-ray disc. The full album has been mixed in 5.1 surround featured as DTS HD Master Audio 48kHz / 24-bit plus a stereo codec LPCM 48kHz / 24-bit for the stereophiles among us. Both have been mixed by Avril Mackintosh and Andy Bradfield. Furthermore, the Blu-ray contains the 80 minutes Tale of Weltschmerz video (Fish in conversation with Will Smith), a 25 minute interview with Mark & Julie Wilkinson titled Behind the Masque, plus Weltschmerz live audio tracks from his 2018UK tour.

Some have criticized the high price of the various editions, including the deluxe version which is housed in a sturdy slipcase which contains a 100 page casebound hardback book featuring new original Mark Wilkinson artwork, plus the 3 discs each housed in black trays. It is likely the hardback book with all of these photos, paintings, and illustrations with contributions by his wife Julie and others including Keith McIntyre that have helped pushed the price up. Fans will also find all of the lyrics plus 8000 words of sleeve notes written by Fish about the history of the creation of what has been proclaimed as his swan song.

It is important to note that the deluxe edition is only available through Fish’s website, making it extremely hard for fans in certain regions to easily obtain the album. Don’t count on this single source distribution model for Weltschmerz changing, so if you want your copy, get in line now. 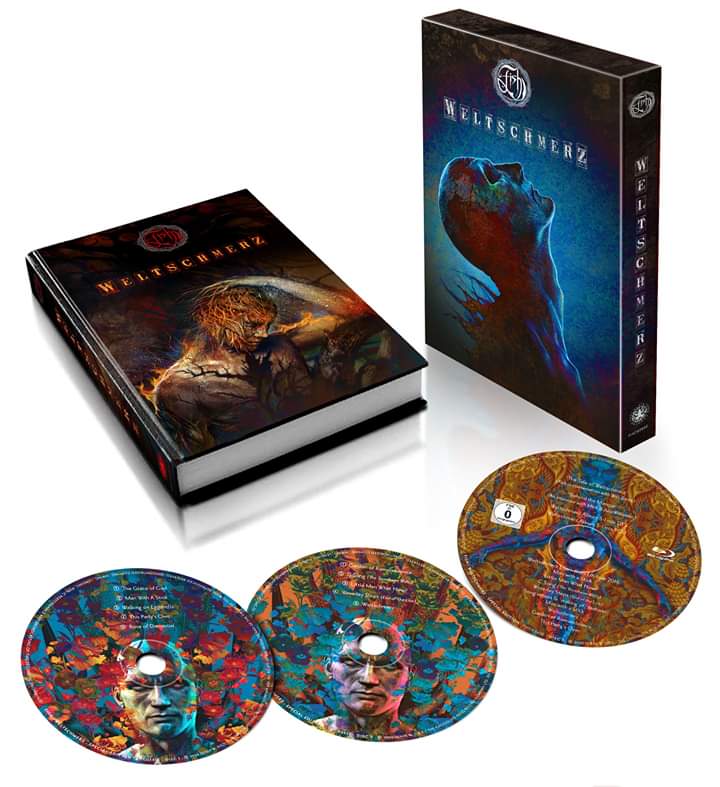