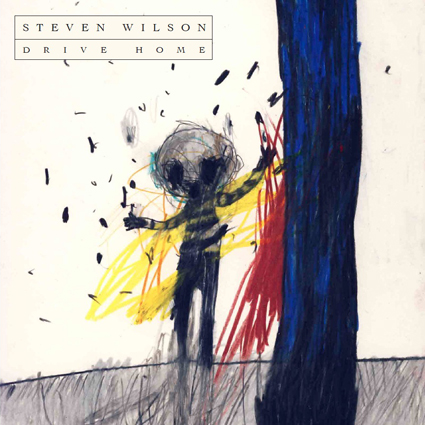 There is a new video for lead track Drive Home, along with the video for The Raven That Refused To Sing (both directed by Jess Cope), and four tracks recorded live in Frankfurt during Wilson's recent tour.

Both the DVD and Bluray versions appear identical, and I picked up the Bluray copy which is reviewed here. As one would expect, the sound quality is excellent, and even the live recordings are mixed in surround sound.  Be clear though, the live surround mixes are not the standard upfront stereo mix of the band with the ambience and audience in the rear channels.   Rather, Wilson, like at his shows, has selectively placed instrumentation in the rear channels, providing an immersive 5.1 concert mix.  This works very well, and personally I appreciate the way the live mix is done.  For fans who weren't lucky enough to be in the right place at the right time to see one of Wilson's shows, Drive Home contains a taste of four of his pieces performed live, a selection primarily from his latest album.   Videography is very good giving a real sense of being at the show.  This by far is the best part of the release.

For fans of music videos, the title track followed by the Raven that Refused to Sing have been masterfully crafted by Jess Cope.  These are great additions to watch while listening to the surround mixes, getting that much closer to filling all of your senses.  The audio mixes seem the same as on their original album release.

The last two tracks, "The Birthday Party" and "The Raven That Refused To Sing (Orchestral Version)," for the first time have surround mixes, and continue with the Wilson mix method.  Drums are spread wide across the front with the tom-toms falling towards the sides.  Cymbals shimmer and sizzle while the bass is thunderous, guitars and keyboards are placed in the rear channels with vocals up front.  All match the high audio quality fans have come to expect from Wilson.  His orchestra mix of the Raven that Refused to Sing is a lush stripped down version that accentuates the orchestral instruments.  The listener is guided gently through the piece, which has become very delicate sounding without the drums and guitar parts.  The sensation of soaring through the air carries the listener as it slowly rises to a crescendo of freedom at the end.

Evidently designed for fans, Drive Home is a worthy addition to their collection, especially those who seek live footage and alternate mixes.  Highly Recommended.

Audio CD and either a DVD-Audio or Blu-ray which includes a 5.1 surround sound mix.