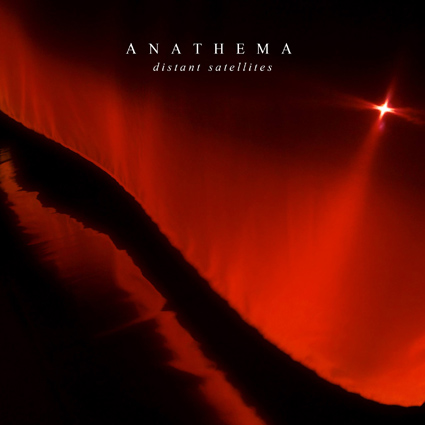 nathema has release their latest album "Distant Satellites," following up their previous release Weather Systems in much the same format. Producer Christer-Andre Cederberg recorded and mixed the album at his studio in Oslo, featuring additional mixing by Steven Wilson on two of the tracks.

Arriving at their next destination, the album contains the three part "The Lost Song," along with the title track. Containing literally every element of music that Anathema has traversed, Distant Satellites represents this accomplished band returning to their roots while still moving forward with their signature sound.

I picked up the Digibook version with one CD and a DVD, which contains an LPCM Stereo, DTS 5.1 Surround, and Dolby AC3 5.1 surround mix. Lovely atmospheric pictures change song to song, and hands down you'll want to listen to the surround mix. Compared to the LPCM stereo mix, the DTS surround is extremely wide and exudes a deep resonate hall that extend the surround experience beyond the walls of the five channels.

Of course, there is a distinct difference between the DTS 5.1 and Dolby AC3 5.1 codecs. Simply put, don't bother with the AC3 if your system supports DTS. The lows are stripped away and the mid range lacks punch on the Dolby AC3 version.

Distant Satellites is the kind of surround mix I really enjoy. The back channels are prominent, with guitars and synths spread wide and falling further behind the speakers. Vocals echo off the front channel to rears, a common style in surround mixes of late. A sweet extra is the use of the lead vocal line being answered by a distant response from the rear channels. Flat out, this mix takes wide and deep to a new meaning. Instrument parts from the front channels spread beyond the speakers while also falling further in front of the sound stage.

This is a strong release from Anathema, but doesn't quite hit the same writing standards of their previous release Weather Systems. The rhythms are unique, using 5/4, 6/4 neither common in pop-rock. Of course that is one of the factors that make Anathema what they are. If you want to read more about the material on this release, check out this in depth critical review on Prog Archives.

Recommended for surround sound enthusiasts, fans of Anathema, and listeners seeking a journey through dynamic rich moving neo-prog music. I should mention, this is not tback ground music, it demands listening and fits better with a slow paced mood.

The media-book edition features a CD plus a 24-bit 48kHz hi-res stereo and surround mix on a DVD-V.  Also available on Vinyl.