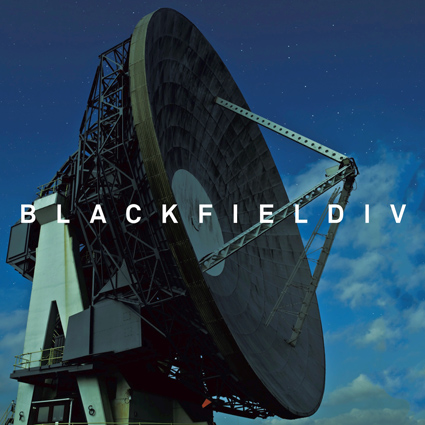 Aviv Geffen returns with Blackfield IV, which includes scaled down contributions from Steven Wilson along with guest vocal performances from Brett Anderson of Suede, Jonathan Donahue of Mercury Rev, and Vincent Cavanagh from the band Anathema. After releasing his previous album "Welcome To My DNA," his profile has continued to rise and Aviv has worked with legendary producers Tony Visconti and Trevor Horn, played live with U2 and Placebo, and been a judge on the Israeli TV show, The Voice. Wilson mixed the album in both stereo and 5.1 surround, along with adding guitar and vocal parts, while Geffen literally handled all the writing and everything else.

Reception for the album has been mixed, and it is easy to see why.  A major complaint is the extremely short running time of 31 minutes.  This is not the day of LP's anymore, and listeners have grown accustomed to 50 to 70 minute releases.  Umm, actually a vinyl release is available, is it possible that the length was reduced to accommodate a single LP, versus the more common double LP releases that accompany modern music?

However, it is not just the length that has disappointed fans.  With Steven Wilson drastically limiting his role in writing and adding parts, Blackfield has simmered down, loosing much of its vibrancy found on their earlier three releases.

Sound quality on the other hand is very good.  Synthesizers are silky smooth, while guitars have a glistening jangly edge that punches through without distracting from other instrumentation.   Drums and bass are the weakest components, neither which draw a lot of life to the songs.  Vocals however are rich and are complimented by backing vocals over several tracks.  In typical surround form, Wilson has once again placed vocals in the center channel with spatial ambience falling to the remaining four channels.  Drums and bass, along with main guitars spread across the front channels, while backing vocals and synth parts have been sent to the rear.   The balance is very full with plenty of ambience effects filling the gaps.  The overall feel is very uplifting while calming at the same time.

Simply put, Blackfield is at its finest when it is being what it initially set out to be, a collaboration between Geffen and Wilson.  It is difficult to even recommend this release to die-hard fans, or even surround sound collectors.   But for listeners who are a completest, you'll already have this album.

Audio CD and a DVD-Audio with a 5.1 surround sound mix.  Also availble on Vinyl.