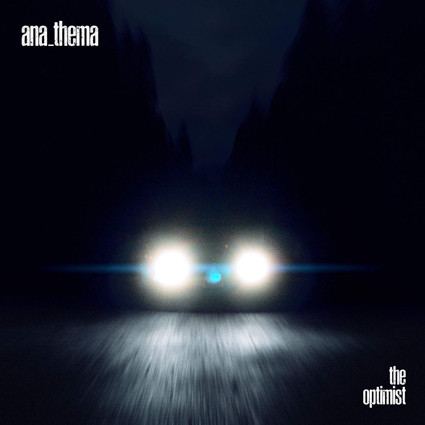 After three years, Anathema returns with their latest album The Optimist which contains some of their most challenging, darkest, and unanticipated material. Using a technique that captures the powerful emotion of a performance, Anathema has returned to recording as a live band for The Optimist. Producer Tony Doogan took the helm during the winter of 2016 at both Attica Studio in Donegal and Castle of Doom Studios in Glasgow where his influence instantly became tangible.

Bruce Soord subsequently created the 5.1 mix with mastering by Frank Arkwright at Abbey Road Studios in London. The Blu-ray edition reviewed here contains both LPCM 5.1 and DTS HD Master Audio 24bit / 96kHz 5.1 surround sound codecs along with a hi-res stereo 24bit / 96kHz LPCM version. The album is also available as a CD / DVD set, on vinyl or as a Deluxe Edition containing bonus material with both a DVD and Blu-ray disc for fans who want it all.

Maybe the only thing you need to know is The Optimist won the ‘Album of the Year’ at the 2017 Prog Awards. But if that icing isn’t enough, and the actual quality of sound that pours into your listening space holds equal (if not greater) weight, then keep on reading.

Just the technical specs should demonstrate that Anathema has upped their audio game from their previous releases on DVD-V to using 24/96 lossless codecs on Blu-ray. Of course it all leads back to the studio recordings and mixdown, each aspect which are both fantastic in their own right. A true testament to high fidelity listening often leads back to dynamics, which are stunning and will sneak up on you as some songs unfold. The purity of the recording, its accuracy to the original sound or faithful reproduction of an artists manipulation that creates the aural texture is critical, and a main reason why I insist on listening to hi-res digital recordings over red book CD’s or vinyl. Anathema absolutely delivers some of the best sounding audio I have ever heard on The Optimist. Transparent - check, rich and deep – check, well balanced – check, plus engaging and immersive – check check.

Anathema went back to their 2001 “A Fine Day to Exit” which ended with waves lapping on a shoreline, only to pick up from there 16 years later as they open with “32.63N 117.14W” with the same rolling in from the back channels. These are the coordinates for Silver Strand Beach in San Diego, the last known whereabouts of the character from their earlier album. A car door closes up front, followed by the tuning of a radio which leads into the frenetic electronic beats of “Leaving It Behind,” canceling any musical similarity to that earlier album. Many parts fill the room with bass and drums up front, and naturally vocals soar from the center channel. Guitars and keyboard parts fall around the four corners with percussive elements spread across the rears. Truly invigorating and immersive right from the start.

The pace slows down as the gears dramatically shift for the balladic track “Endless Ways” with lead vocals by Lee Douglas backed by an acoustic piano both stretching across the front channels. Ambience flows across to the back channels, while strings and a lilting tempo swell up from the rears. The song progresses adding layers of fervent guitars and synth parts with cymbal and snare crashes adding intense dynamics.

Surround enthusiasts are right to continue to praise Steven Wilson, who had a hand in mixing a couple of tunes on Anathema’s previous release “Distant Satellites.” However, Soord is one of several other amazing audio engineers that deserve equal praise, and his surround mix of The Optimist makes this just that much more apparent. The blend of front to back channel use is excellent, where space is given in the back channels on the title track allowing elements to rise and fall to create further depth to the mix.

For me it is “San Francisco” that takes the prize with a blend of Brian Eno, Phillip Glass, and Tangerine Dream rolled up into one. Acoustic piano measures out the piece from the front channels with staccato guitar notes rifling from the rears. Take note to the subtle movement of the guitar part as it moves into the front and additional synth parts are introduced into the back channels. Like the movement of traffic, this song slowly builds expanding and cycling down, and the mix follows along opening and closing the space.

If you haven’t yet been sold on four full range speakers in your surround setup, just the guitar and piano intro placed in the rear channels on “Springfield” may convince you otherwise. A very creative way to expand the soundstage that extends to the remaining channels as the song develops. Turning a bit popish “Can't Let Go” urgently drives a steady beat that is filled by a guitar and synths that fall all around the soundscape. This soon leads to the album closer “Back to the Start” which brings back the lapping waves. Again with a 5.1 canvas Soord has masterfully placed this element solely in the front channel along with an acoustic guitar and vocals that provide an airy feeling of sitting right at the ocean. All channels are filled as the band kicks in, adding squalling guitar leads, sumptuous waves of synths, thunderous drums, and a rich backing chorus before the mix unravels into more sounds that provide an entrance into a possible future chapter.

Both 5.1 LPCM and DTS codecs sound identical, but there is a difference between the surround and stereo versions. Of course the obvious flattening of the soundstage is crystal clear, but depending on bass management, listeners may find a slight difference in the low end. I also noted that the mid-range was slightly pushed forward on the multi-channel version. None of these distinguishing factors bothered me, and I merely point them out as observations.

The Optimist is a masterpiece from all perspectives. It is eloquent and certainly on par with the grandest of progressive and neo-prog releases, This is a must have release, not only for the music, but for the incredible sonics and mix. Progressive rock and Neo-prog fans will surely be captivated and surround sound enthusiasts will likely play this over and over before hearing all of the nuances in the mix. The Optimist is worthy of all awards given, this will remain a favorite for years to come.