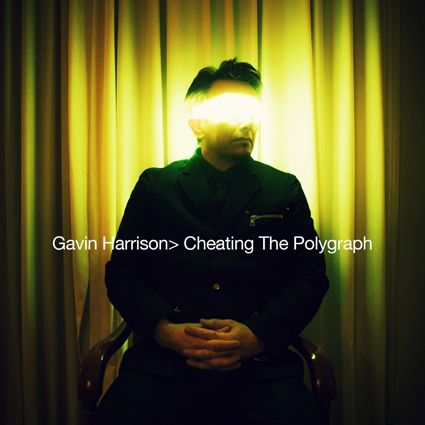 Gavin Harrison, the Legendary Porcupine Tree drummer, has spent the past five years creating his latest release, Cheating The Polygraph. Here he reimagines the band's catalogue in surprising ways, featuring long-term collaborators such as Dave Stewart and Gary Sanctuary

Gavin Harrison has stepped far from the comfort zone for many of his fans with this release, which effectively is big band jazz weighted with his progressive rock roots. He has amassed some incredible talent creating a stellar release which redefines several Porcupine Tree songs and adds an amazing twist to the Big Band genre. While the horns blast out their customary melodies and riffs with fantastic depth, dynamics and drama commonly found in music from the Big Band era, the electric bass and Harrison’s heavy hitting drums blend the world of rock without turning these songs into fusion jazz.

May as well toss the stereo CD, as you’ll only want to hear the jaw dropping 5.1 mix that places the listener literally in the center of the band. Yes, you are sitting right there within the horn section, with every part coming at you from all directions. In fact so compelling is the surround mix that there is no high resolution stereo version on the DVD, just both aDTS and Dolby Digital 5.1 version. Naturally the Dolby Digital is thinner, leaving listeners with the DTS tracks, which flat out sound amazing.

For surround enthusiasts like myself whom love discrete mixes, Cheating the Polygraph excels in this area. Channel separation is excellent, it is very simple to identify the various instruments spread throughout the sound stage. Each has a pure clarity and provide the raw energy and dynamic power as if the band was live in your listening room. No part stands out over any other part, with the bass filling the lows and the drums interplaying with the horn and wind instruments. Every moment of the surround mix is engaging with no brittle edges throughout.

Gavin Harrison has practically created a new genre, melding rock, neo-prog, fusion jazz, and big band to form an unexpected blend of some of my personal favorite styles of music. These pieces charge forward with brass bursts and inventive drumming that never becomes an overblown distraction. Through all this Harrison expands on the big-band model too, adding bass clarinets, tuba and harmonium to what is typically a steady onslaught of trumpets and saxes.

Trust me when I say the overall effect on this release is as cinematic as it is surprising in both scale and conception. No wonder it took five years in the making to create and release “Cheating the Polygraph.” Great attention to detail can be found across the album, where brass pieces have been placed in striking opposition, one after another, such as the polyrhythmic horn intro on “What Happens Now?