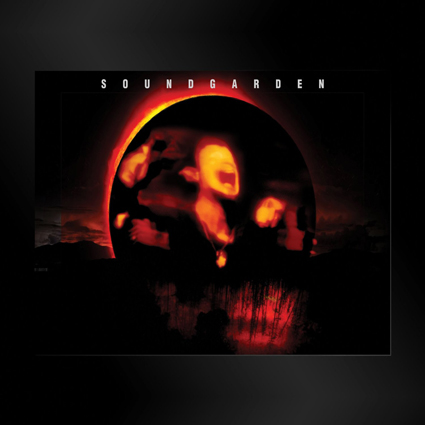 Debuting at number one on the Billboard charts when first released in 1994, Superunknown went on to sell over nine million copies worldwide. Certified five-times Platinum in the US, Sungarden received two Grammys for their singles 'Black Hole Sun' and 'Spoonman' in 1995.

2014 was the 20th anniversary of this beloved album, and it received a deluxe box packaging that includes four CD’s and a Blu-ray. The first disc contains the re-mastered album with 16 tracks, including bonuses found on the international versions. The second disc includes 14 B-sides and a couple of unreleased alternate mixes. There are nine unreleased demos on the third disc, and 16 unreleased rehearsals made prior to their actual recording session on the fourth CD. High resolution and surround fans will be delighted to know that the Blu-ray contains all new 24bit / 96kHz 5.1 surround sound mixes of all 16 album tracks and 24bit / 96kHz high res stereo, with lyrics pages animated to follow each song.

While the 5.1 mix was sourced from the original multi-tracks, allowing for a fully discrete mix,, engineer King Animal has no 5.1 credits to his name, thus somewhat concerning. On the upside, the stereo mixes were sourced from the analogue masters, after first archiving it to 24bit /192kHz, and then digitally mastering for both vinyl and Bluray.

I skipped buying this super deluxe box set, and probably so should you. The word on the street is that despite all the care taken to go back to the original source material the release has been slammed to the top, with no improvement in the dynamic range. Of course, listeners may have expected this from the regular CDs and MP3’s, but why compress on a Blu-ray? Could it be that the studio masters were significantly compressed? This would seem surprising given the year of the recording… but none the less, those who have spent their hard earned dollars on the super deluxe edition seeking a true high resolution experience are disappointed.

A Hi-Res Edition reader wrote in with these additional comments about the super deluxe edition of Superunknown: "The blu-ray has cool animated graphics for each track, but there are no song titles or lyrics displayed. The DTS surround mix has decent dynamic range, is not very compressed or overly loud compared to the original CD, with good bass and clean drums. Unfortunately, the soundstage is left/right front and center channel heavy lacking any discrete elements and makes limited use of the back channels - essentially the surrounds echo what is mixed in the fronts throughout much of the album and vocals emanate from all speakers. Every once in a while a guitar flourish or other effect seems to move around or across the room, although this could be the surrounds merely echoing the front channels. While in general it sounds OK, it really doesn't extend the stereo mix, other than giving the slight impression of more space. This was another missed opportunity to create a more discrete and possibly cleaner presentation, as evidenced by the Metallica “Black Album” DVD-Audio, which in this reader's opinion is a much better grunge/metal 5.1 mix."

OK, one cool thing, for those who do purchase the SD version will receive a download link to an App that utilizes the new DTS Headphone X technology. This expands the stereo scape in the headphone to give the aural impression that the listener is in the studio mixing room with big monitors pumping out the stereo mix. If you have put on some headphones and checked out this app mix, please tell us what you think.

Here is another review that details the contnet.

Super Deluxe Box Set with 4 CD's and a Blu-ray Audio containing both a 5.1 mix and stereo mix 24/96. Also available on Vinyl.