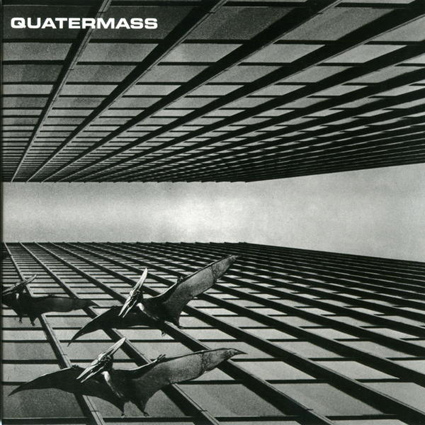 Esoteric Records has released a two disc deluxe edition of the one and only album by Quatermass, originally released in 1970 on the Harvest label, but difficult to find for many years. Crossing genres from progressive rock instrumentals to hard rock vocal sections, Quatermass was somewhat unique while also having similarities to bands like ELP, Deep Purple, Atomic Rooster, and even the Nice. This 2013 edition features new mixes by member Peter Robinson in both Stereo and 5.1 Surround Sound, along with three bonus tracks, two of which are previously unreleased.

The trio features bassist and vocalist John Gustavson, organist and keyboardist Pete Robinson, and drummer Mick Underwood. You may recognize Pete Robinson as he played keyboards for Brand X in the late 1970s, albeit a long way away from the work performed here with Quatermass. John Gustavson came from an early 1960s band called The Big Three, based out of Liverpool, and overshadowed by the Beatles, after leaving Quatermass he was a session player for several artists, and can be found on three of Roxy Music's releases. Likewise, Mick Underwood has worked with a variety of bands, including Ian Gillan's own Gillan.

Kicking off with "One Blind Mice," surround sound fans will immediately be disappointed, as all the instrumentation is up front with some mild ambience placed in the rears. Patience please, by the second piece, "Entropy," a classically inspired organ piece finds wonderful spaciousness and use of the rear channels leading into probably their most well-known song, "Black Sheep of the Family," which was later covered by Rainbow on their 1975 debut. Rumbling and bleeps rotate around the room before the song kicks in and the focus is once again reverted to the front channels. Overall, the sound quality is particularly good, but the drums lack dynamics and depth. In fact, the entire kit is a bit thin. Dropping back down to the stereo mix pulls everything together and becomes both sonically and dynamically more rewarding than the surround mix.

The highlights of the surround mix rise again at the start of the ballad "Good Lord Knows." An immersive string section and rolling piano part surround the listener, with Gustavson's vocals commanding across the entire soundstage. The surround tricks come alive on "Up on the Ground," where keyboard effects wander briskly across the rear as the bass and drums hold down the time through an extended instrumental break.

There is much to explore on this hidden gem, which is packaged in a tri-fold box that includes a 16 page booklet compiled by Robinson. Both the stereo and surround mixes are new and are all featured on the NTSC-0 DVD, which includes both a 5.1 DTS Surround and 5.1 Dolby Digital Surround version. Best for collectors of progressive rock, but certain to be enjoyed by fans of hard rock and proggers too.

One Compact Disc and a NTSC Region 0 DVD with a 5.1 surround sound mix.