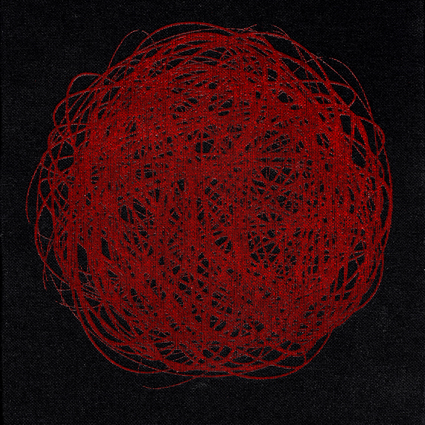 For Progressive Rock fans there is an awesome site progstreaming.com that provides streaming of new albums for a couple of months.  While the stream is not high quality audio, it offers a way to discover new music, and that is how I heard about No Man's Land's latest release "Unprotected" reviewed here.

One of Athens, Greece's most long-lasting bands started in the mid-eighties releasing their first album ''Zalion'' (1988)  with a neo-psychedelic gem sound. The followed this up with ''The Reality Trip'' EP in 1990. After a hiatus in the nineties, 2008 saw the release of ''Home in the Sky'' on the eclectic Athenian label Anazitisi Records. Committing to high quality audio their follow-up was a self-titled, limited edition, vinyl only album.  In 2010 they released "The Drowning Desert'', and came back with their latest album ''Unprotected'' in 2013, which crosses the genres of psychedelic rock, prog, and free jazz,

Through the years, guitarist/vocalist Vassilis Bas Athanassiades is the only member remaining from the core of the band that started back in the 80's.  The current lineup includes drummer Chris Silver Triantafilopoulos, Don Fuestenberg playing trumpet and fluegelhorn, along with Nick Petavrides on bass,  and George Sirgandes playing flute and keyboards.

While the band did release a very limited vinyl version, I picked up the compact disc which came in an exquisite heavy gatefold cover similar to a digipack.   Kicking off with "Moribundo Part II," a steady paced psychedelic instrumental rocker with a sumptuous guitar and melodic trumpet, a real warmth is apparent in the mix.  Unlike many current day releases, the highs exist without shredding your ears.  The drums are natural and bass is full.  Flute soon joins in, followed by trippy brief chanting vocalizations that make heavy use of reverb which spans widely across the soundstage. Take notice of the psychedelic jazz feel that the trumpet injects into this mesmerizing rocking opener.

In excellent prog form the second track "Flame" clocks in over 13 minutes long.   There is a taste for vocals near the beginning and end, but this too is mostly an instrumental piece.  With a middle-east tribal rhythmic pulse, guitars are wet with vibrato leading the listener on another trip. It becomes clear that No Man's Land has created a pretty unique sound. The mix is very well balanced, with a real flair for the legacy sound of psychedelic rock.  Listen for the intense cello solo, freeform segments, and mellow soundscapes that drop you into a meditative state,  all keeping the music engaging.  A little of the early 70's band Gong can even be heard within this track.

Go ahead, crank up your stereo.  Take yourself to a show with No Man's Land doing a performance in your listening room.  With a touch of King Crimson shining through, the third piece, "A Brave Face," takes on an aggressively rocking quality. Midway in the guitar rips away with a dirty raw sound, and then turns on a dime, transitioning to a melodic floating section led by flute

With a bluesy Jethro Tull edge, "Permian Vacation," is radio ready at just over four minutes.  There are some nice dueling solos which richly identify the sound of this band.
Overall the quality of the sound from track to track is very consistent helping give it a nice club feel.

The closing track "Unprotected In The World"  takes the listener back to 70′s progressive albeit with the bands trademark sound.  Vassilis' talent shines through as he solos with just the backing of drums and bass.  The chunky guitar takes on both the aural quality of a small club and studio truly showing the power of their musicianship.

While this release is a little hard to get a hold of, it is worth the effort.  Strongly recommended for fans of psychedelic and progressive rock.  Check out their site at  www.nomansland.gr/#/home - and send them an email requesting order information, or visit the Anazitisi Records site from their Links to obtain a vinyl -copy.