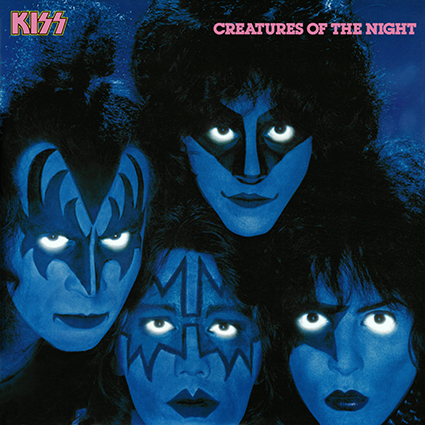 On the second reissue of what is starting to look like a series, Kiss is releasing an anniversary edition of their 1982 album “Creatures of the Night.” Available in multiple formats including vinyl, CD, and of greatest interest to high resolution audio fans is the super deluxe edition that contains a Blu-ray audio disc featuring the entire album mixed in 48kHz / 24-bit Dolby Atmos, 48kHz / 24-bit Dolby TrueHD 5.1 Surround, and 96kHz / 24-bit High-Resolution PCM Stereo. At this time, the mixing engineer is unknown, but assumed to be Steven Wilson as he was the engineer for their Destroyer Atmos and 5.1 Surround mixes released in 2021.

The Super Deluxe Edition boasts 103 total tracks with 75 unreleased tracks. The album has been newly remastered, CDs 2 & 3 feature 34 demos, rarities & outtakes including unreleased gems like “Deadly Weapon (Penny Lane Demo),” “Not for the Innocent (Demo)” and “Betrayed (Outtake).” CDs 4 & 5 highlight 26 soundboard live recordings from the Creatures ‘82/’83 Tour and 7 super rare tour sound effects, all recorded and archived by the Creatures Tour sound engineer Harry Witz. The Blu-ray Audio disc showcases a first-ever Atmos and 5.1 surround mix of the album, plus the high-resolution newly remastered 1982 stereo mix of the original album.