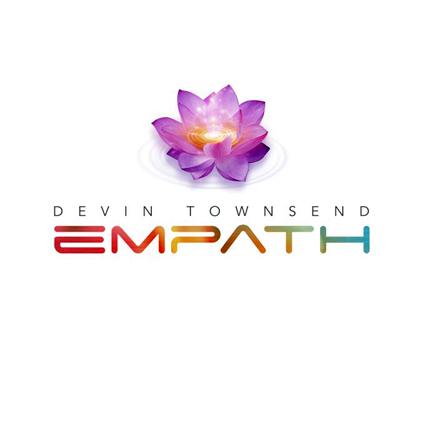 For some 30 years, Devin Townsend has crossed numerous genre boundaries from extreme metal to classical, tying in progressive rock, new age, and ambient all on the same album. “Empath” is his first solo album since dissolving the Devin Townsend Project in 2017, and two years on he gave listeners the jarring musical identity as he ignites, combines, and explores genres and sonic extremes within songs. Townsend picks up tons of instruments here all while singing wildly, much of it accompanied by a top-flight cast with vocalists Anneke Van Giersbergen and Ché Aimee Dorval, plus the Elektra Women's Choir. Joined on this album are bassist Nathan Navarro, drummers Morgan Ågren, Anup Sastry, and Samus Paulicelli, along with Nickelback vocalist Chad Kroeger who convinced Townsend to undertake this huge project. The music director for this massive undertaking is none other than guitarist Mike Keneally, whose solo surround album Sluggo was reviewed here back in 2014.

Inside Out Music released a couple different editions of Empath in 2019, but the one of greatest interest to high resolution and surround sound listeners will surely be the 2020 Ultimate Edition. This box set contains 2 CDs and 2 Blu-ray discs. The first Blu-ray contains the album in 5.1 surround sound mixed by Townsend himself, including visuals, plus a stereo visualizer. The second Blu-ray features bonus material, including Acoustically Inclined, Live in Leeds, a recording from his April 2019 acoustic tour including Love?, Deadhead, Thing Beyond Things and more. It also features the Empath documentary, a ‘Genesis 5.1 Mixing Lesson’, along with a full album commentary. The discs are housed inside an art-book which contains liner notes and images from the making of the record.

Townsend comments “On a technical level, I guess I have always been dissatisfied with the basic stereo format in which the type of music I make gets presented in,” He continues onto the surround mix “Whether its headphones, computer speakers, and stereos systems, I have had to figure out ways to get the work to function through TWO speakers. I hear things in a particularly orchestrated way, and with the amount of information that typically gets recorded per song, the result has been the dubious ‘wall of sound’ that I keep ending up with. But my intention has never been to make an oppressive experience, but rather something that is immersive and vast.

Furthermore, Townsend identifies a core reason why multi-channel enthusiasts like me are so enamored with quad and surround, he goes on to say “Making it work in two speakers just simply doesn’t quite work for the vision. Although I’ve managed to get the point across, there always has to be a compromise to make it all fit. Making the drums speak at the same time as the orchestra, cymbals, guitars, choirs, synths etc.…all blended with my voice on top, ends up with every conceivable frequency fighting for breathing space between those two speakers. Therefore, I asked the powers that be in my business world, to tolerate one more ‘kick at the can’ when it came to Empath. I wanted to attempt a surround mix and follow the original vision of it being an immersive, multimedia experience for people in the best ways I could achieve delivering it at this stage. And although it’s still pretty ‘dense’, with four more sources for the sound to come from, I feel its significantly closer to the original vision here.”

Already delayed by months, and only available as part of the Ultimate Edition, many fans will need to hang on a bit longer. While distribution apparently already occurred in Europe on June 6, American listeners will need to wait until August 7, 2020 to be encompassed by Empath. Meanwhile, a few comments have noted that the 5.1 mix is truly effective and the bonus disc also worthy.

I can only suggest that one put their pre-order in as soon as possible to dip into the surround world of Empath. For fans familiar with the deluxe packaging of Katatonia, Mansum, and Gong releases; Empath follows the same form factor, and is pictured below along with links to various sites to pick up your copy. 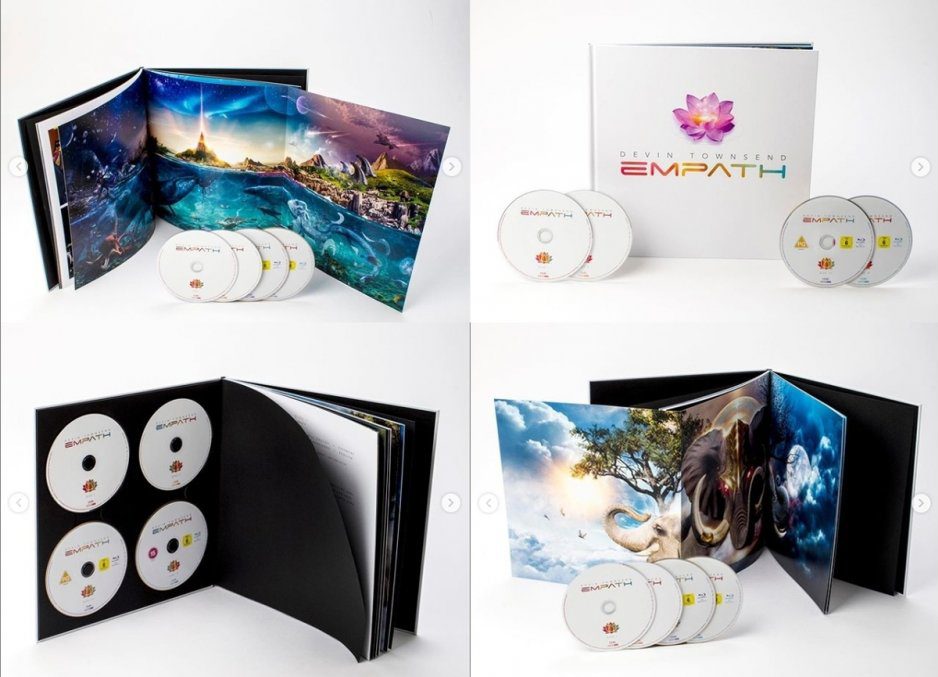