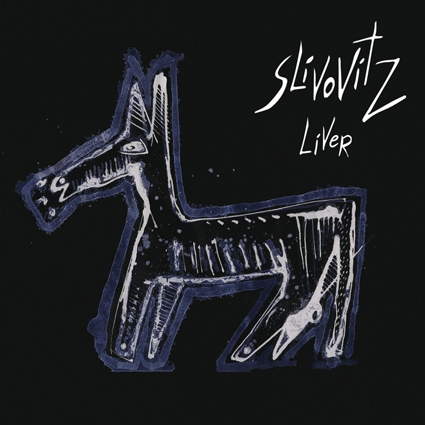 Over the past few decades live concert recordings have come a long way, excelling to studio quality levels, such is the case with Liver, the late 2017 release by fusion jazz group Slivovitz. Recorded live in Milan, Italy, in May of 2016, the Italian maestros are at their eccentric best, raising the bar for fun and daringly joyous jazz! Performing some of their most energetic material which they weave tightly then playfully embark on individual moments of extemporaneous brilliance. Far beyond a rehash of the original studio counterparts from the opening notes it's apparent that Slivovitz has completely engaged themselves in the material

For high resolution audio fans a 24bit / 88.2 kHz download is available through their BandCamp page. You’ll also receive a complimentary download when purchasing a CD or Vinyl copy from that same site. Reviewed here is the stereo hi-res version, which roars with intensity, placing the listener upfront by the stage with the musicians fanning out across the stereo image. Vincenzo Lamagna drops the bass into the lowest regions with a rich fullness that provides a concert feel while the drums played by Salvatore Rainone spread across the soundstage. Cymbals are distinct without being overly bright and the snare has a full body whack that sheds some room ambience into the mix..

While the rhythm section injects energy into the seven songs on Liver, the pizazz is driven by both Ciro Riccardi on Trumpet and Pietro Santangelo blowing the Tenor Saxophone. They infuse big band swing and modern jazz with great ease, at times the trumpet solos remind me of later day Miles Davis and the duos melodic riffs take on the funkiness of the Brecker Brothers. There is a fantastic openness to many of these parts along with segments of utter closeness where every subtle aspect of the horn can be heard.

Slivovitz is much more than a simple quartet, with seven members, and their sound seamlessly blends into traditional world music where the elements of jazz become the unifying force. The incredible electric violin work of Riccardo Villari is spattered across the tracks, and Derek Di Perri’s harmonica lends an edge of the blues. While listening I find myself easily in the audience which snuggly adds their appreciation at points throughout several songs and most evidently at the end of each track. Dynamics are very good and the overall balance is precisely what I would expect to hear at a live performance.

Throughout Liver the guitar work of Marcello Giannini takes on many different textures, each captured with a defining clarity that exemplifies his diverse styles. The most unique can be found on the sixth track “Negative Creep” where a thrashing heavy metal rhythm ignites the song into an unbelievable fury of interplay between the horns.

Recorded live by Walter de Vercelli at Casa di Alex in Milan and subsequently mixed by Fabrizio Piccolo at Trail Music Lab in Napoli, Italy and later mastered by Antonio Ruggiero at Absolute Mastering Studio, Pollena Trocchia for Moonjune Records. Clearly this team has created a lively release so perfectly named Liver. Primarily high energy from the start to end, this is a fantastic sounding album that progressive fusion jazz fans will surely enjoy.

Highly recommended for energy seeking fusion jazz fans, audiophiles seeking excellent quality live stereo recordings, and any fan of Slivovitz and those who follow the incredible releases by Moonjune Records.