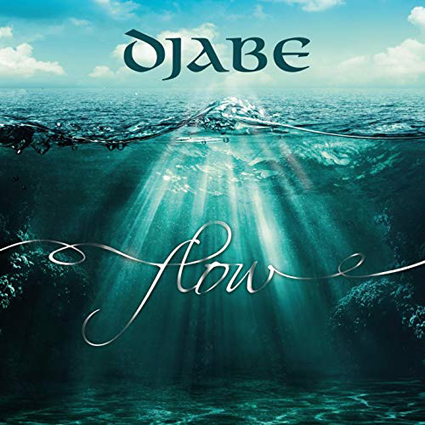 Djabe continue with their tradition of releasing high resolution stereo and surround mixes of their albums with Flow, their 2018 studio recording. The NTSC-0 DVD disc contains MLP, DTS and PCM 96kHz / 24-bit audio, along with visual extras of the band performing Live at the Budapest Jazz Club on 19th May 2018.

The album features Tamás Barabás on bass guitar, János Nagy playing the keyboards, Péter Kaszás striking the drums, Áron Koós Hutás blowing the trumpet, and Attila Égerházi riffing on the guitar. Initially release on CD only in May of 2018, they went on to put out a vinyl version in late August and then brought out the DVD-Audio a month later. Flow represents the reincarnation of Djabe containing compositions by Tamás Barabás, keeping their unique elements of Djabe’s music intact, while still bringing in new tones to their sound. The characteristic vocal of Péter Kaszás ads fresh flare to their usical world, and his drumming creates a new yardstick for the rhythmic section. Tamás Barabás, digs deep with his classy bass, while harmonizing with Peter, extending their exceptional groove. The line-up continues with János Nagy, considered one of Hungry’s best keyboardists, and of course Áron Koós-Hutás, blends his determinative trumpet work now as a full-fledged member of Djabe. Band leader, Attila Égerházi, co-wrote several of the pieces written for specific musicians alongside Tamás Barabás.

Tamás Barabás takes his sound engineering to new heights,not willing to settle for anything less than perfection. The audiophile vinyl version, cut from analogue master tapes, is available now, and the DVD-Audio release crown the series in both multi-channel 5.1 and 2.0 versions.

In the winter of 2019, a live DVD titled Overflow has also released as a bookend to this fusion jazz based release.