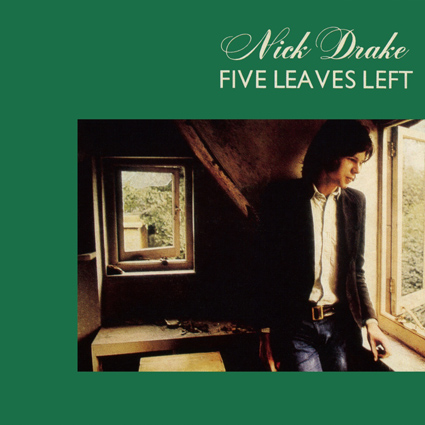 While Nick Drake's short career ended with his death in 1974, his popularity since then has only risen.  It is no wonder that his 1969 debut release "Five Leaves Left" has received the High Fidelity Pure Audio treatment which includes both a stereo and multi-channel mix.

Besides a fine production, Drake's performance balances between accessibility and self-reflection, while avoiding the pitfalls on either side. Five Leaves Left is considered his most successful effort on which he injects the songs with just enough drama, making it work so well together. Lyrically he captures subtleties of poetic emotion, with his soft singing carrying the listeners through each piece.

BLU-RAY CANCELLED: The Pure Audio Blu-ray version has been cancelled apparently due to a mastering issue.  Vinyl versions are already available, and linked below.  The vinyl version was remastered from a direct to digtal copy of the original master tapes by John Wood, the album's engineer.  Sadly, the original analog tape was unusable, and the best source was using a 24bit digital file made from the original tape when re-mastered for CD some 12 years ago.