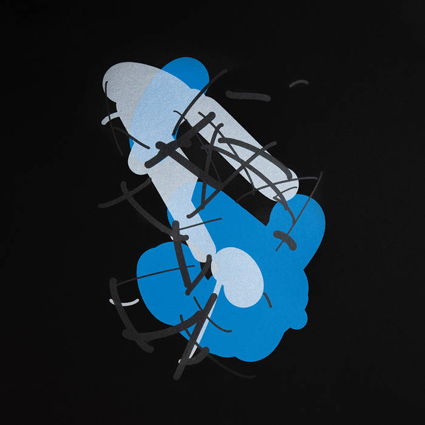 Claire L. Evans, one-third of the group YACHT says, “We wanted to find a way to interrogate technology more deeply.” Her partner and YACHT founder Jona Bechtolt adds “From the ground up.” Rob Kieswetter would know since during their 17-year career he has been marked by a series of conceptual stunts, experiments, and attempts to use technology “sideways.” In fact, the band’s name speaks directly to this as YACHT is an acronym for Young Americans Challenging High Technology.

Chain Tripping marks their seventh album, recorded between the band’s home in Los Angeles and Marfa, Texas. The ten song collection is a shift in the group’s relationship with technology with the band stripping down their process and rebuilding it using artificial intelligence, and more specifically, machine learning. YACHT needed to invent their own AI songwriting process, which took them on a journey lasting nearly three years. They first tried to discover any existing YACHT formulas by collaborating with engineers and creative technologists to explore their own back catalogue of 82 songs using machine learning tools. Eventually they created their own working method, painstakingly stitching meaningful fragments of plausible nonsense together from extensive, seemingly endless fields of machine-generated music and lyrics, themselves emerging from custom models created with the help of generous experts in neural networks, deep learning, and AI.

The band’s characteristically frenetic pop sound has been toned down. On Chain Tripping they marry an anxiously funky bass groove with the lo-fi sound of the NSynth. The generative composition process broke the group out of their earlier mold of concise four-bar patterns and let them accept longer, meandering riffs. Lyrical fragments coalesce, collapse, and reform with fluid ease splitting the difference between postmodern rock and no-wave dance music with a wiggly ease.

There has been a lot of excitement around the surround release, and one may need to be patient in finding a copy.