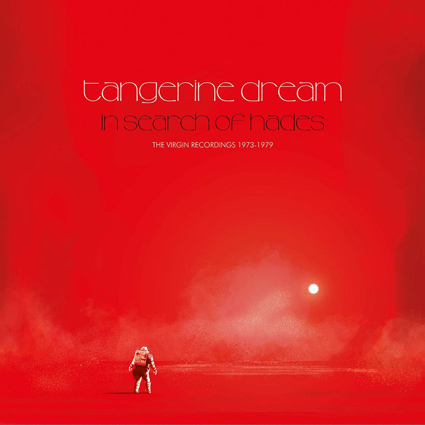 The true pioneers of electronic music, Tangerine Dream has endured over the past few decades with a couple dozen releases. Now, the band has gone back to the archives and released a limited 18 disc set that includes 2 Blurays featuring all new surround mixes by Steven Wilson. This collection focuses on the albums that have remained classics of the genre and were recorded for Virgin Records between 1973 and 1979. The collection titled “In Search of Hades: The Virgin Recordings 1973 – 1979” is undeniably the definitive works by Tangerine Dream from this period, boasting newly remastered versions of the albums Phaedra, Rubycon, Ricochet, Stratosfear, Encore, Cyclone and Force Majeure, each transferred from the original first-generation master tapes. However, here at Hi-Res Edition it is the all new stereo and 5.1 surround sound mixes of Phaedra and Ricochet by Steven Wilson that are the cream to this crop.

Among the 14 CD’s, eight contain previously unreleased material, three which are full London concerts; the Victoria Palace Theatre in 1974, The Rainbow Theatre in 1974 and Royal Albert Hall in 1975. Plus another super bonus is the previously unreleased full soundtrack to Oedipus Tyrannus, recorded in July 1974 and remixed in 5.1 surround sound and stereo by Steven Wilson. Digging deeping into the box fans will find two CD’s of previously unreleased outtakes from the Phaedra sessions at The Manor Studios, Oxfordshire in November 1973 and the surviving 35-minute live recording from Coventry Cathedral in October 1975.

The two Blu-ray discs feature the 5.1 mixes of Phaedra, Oedipus Tyrannus and Ricochet, along with a 1976 German TV performance and BBC Old Grey Whistle Test broadcast of Tangerine Dream at Coventry Cathedral. Of course, keeping in super deluxe box set form, “In Search of Hades” is lavishly packaged with a hardback book featuring new liner notes and rare photographs plus memorabilia.