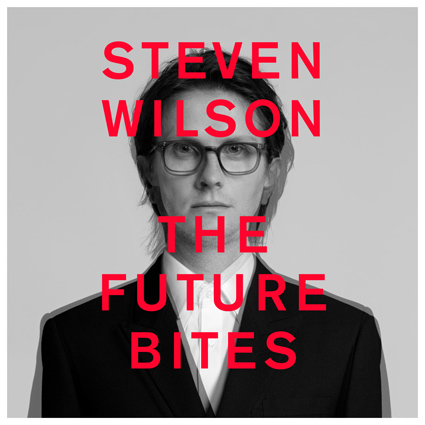 It may not just be that The Future Bites, it could also be that Steven Wilson has taken the music on his 2020 album in a very different direction. On this release which has been co-produced by David Kosten, Wilson explores contemporary addiction and the lasting effect of technology on our daily lives. Neo-prog fans and long-time Wilson devotees like myself will be most curious to hear if the marketing lives up to the claims that this album is his most inventive and far-reaching musical construction to date. The album spans soaring acoustics, lush electronica, relentless bass-driven grooves, murky funk, and so much more, all linked through powerfully focused songcraft.

For completist collectors, the limited box set contains three CD’s, featuring The Future Bites album, instrumental versions of the nine tracks on the album, and bonus material: 4 additional songs and the 19 minute extended version of the song Personal Shopper. The box also contains a cassette with 4 exclusive demo versions, plus of greatest interest to hi-res enthusiast, a Blu-ray disc featuring the album in high resolution stereo and 5.1 surround sound, and for the first time on a Steven Wilson release a Dolby Atmos version too! The Blu-ray also contains videos for the tracks Personal Shopper and Self.

Thankfully, keeping to tradition, The Future Bites will also be released on a stand-alone Blu-ray, Compact Disc, and various colored vinyl editions.

Originally scheduled for releas June 12, 2020; production delays due to Covid-19 has pushed the date back to December.  Video content has yet to be completed, and shooting has been delayed per comments made by Steven Wilson.  We can only hope that during this downtime Wilson may be able to remix more classic progressive and rock albums!

Blu-ray with hi-res stereo and surround mixes.  Also available on vinyl, Cassette, and CD, and Limited Box Set which contains a cassette with demos.