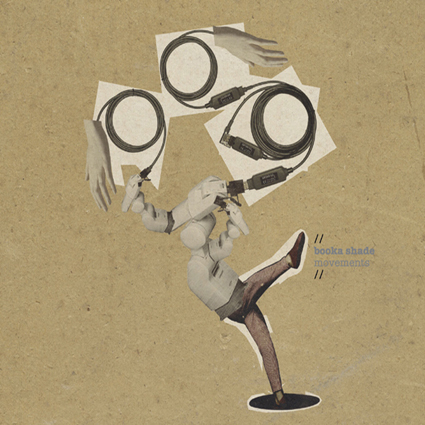 Sometimes making music in a bubble with your friends can take creativity into unexpected places allowing the sound to become different from the rest of the pack. Instead of copying ideas from other artists, Booka Shade has written music that the duo specifically wants to hear. And that is the path the group took while they set out to work on their second album in 2006.

Walter Merziger and Arno Kammermeier were completely uninspired by the club music of the time. From their perspective, the monotonous techno beat that ruled the dancefloors was overdue for a change. For the group it was clearly time for a new movement. “We got together to do something new,” says Arno, further noting “the predominant music had no melodies or basslines. We tried something more uplifting and positive. It didn’t really exist back then.”

Movements showcases this inspired approach, blending sounds from the likes of electronic legends Kraftwork to Tangerine Dream, all steeped in the beat of the Techno genre. Now, over 15 years later the album has been mixed in Dolby Atmos and is available on a Pure Audio Blu-ray which includes both surround and stereo mixes.