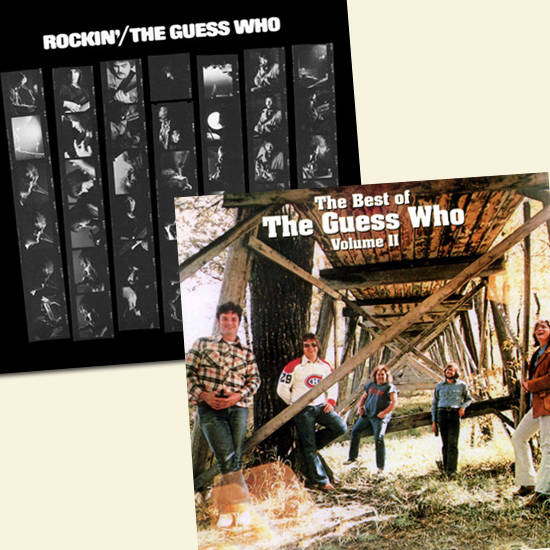 Rockin' takes The Guess Who into a new direction in 1972 primarily featuring the songwriting of Burton Cummings, striding away from their bread and butter Top 40 hit parade. This musical about-face also finds the band at its darkest moment, featuring a black and white cover and inner gatefold. Furthermore, this album became the last of three albums with Greg Leskiw's, having come onboard with Kurt Winter for “Share the Land” and also recorded on their album “So Long, Bannatyne.” There is a throwback to the ‘50s era with “Running Bear” and the jazzier “Your Nashville Sneakers,” they are doing boogie-woogie like heard on “Get Your Ribbons On” or heading darker with “Guns, Guns, Guns.” The characteristic sound of what is considered The Guess Who occasionally finds its voice with innovative guitar work when it isn’t heading back in time. But this album never received the same level of notoriety as the first four Guess Who albums, including the first one without Randy Bachman, Share the Land. This strange exercise has its best parts showing up on The Best of the Guess Who, Vol. 2, which is now restored on Hybrid Quad SACD from the original masters by Michael J. Dutton. Both albums appear in sequence with some repeated tracks between Rockin’ and the Best of The Guess Who Vol. 2 compilation and feature a stereo DSD layer too.

Recommended for quad collectors, Guess Who completists, and fans of 70’s rock.