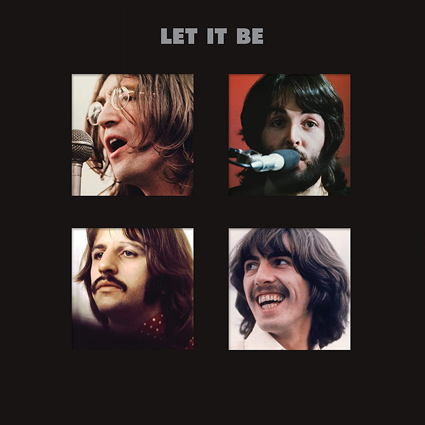 High resolution fans are ready to get back to the Beatles’ chart-topping 1970 album, “Let It Be,” which is released in a range of Special Edition versions. The entire album has been newly mixed by producer Giles Martin and engineer Sam Okell in stereo, 5.1 Surround DTS, and Dolby Atmos. Each of the new 50th anniversary releases feature the new stereo mix of the album as guided by the original “reproduced for disc” version by Phil Spector and sourced directly from the original session and rooftop performance eight-track tapes. The physical and digital Super Deluxe collections also feature 27 previously unreleased session recordings, a four-track Let It Be EP, and the never before released 14-track Get Back stereo LP mix compiled by engineer Glyn Johns in May 1969.

At the start of 1969 the band kickstarted the year with rehearsals for a project envisioned to get them back onstage. During the ensuing 21 days, cameras and tape recorders documented practically every moment while they rehearsed brand new originals and jammed on older songs.

Then on January 30, The Beatles with Billy Preston, staged what was to be their final concert. The small event with family and friends on the chilly rooftop of the Savile Row Apple Corps headquarters brought London’s West End to a halt with a flurry of noise complaints drawing police officers to shut the show down after 42 minutes.

These various sessions brought about the Let It Be album and the film which are the only time in the bands career that they were documented at such great length while creating music in the studio. With more than 60 hours of unreleased film footage, and another 150 hours of unreleased audio recordings, plus hundreds of unpublished photographs have been newly explored and meticulously restored for the three complementary and definitive Beatles releases on October 15, 2021. These have also been complimented by “The Beatles: Get Back”, documentary series which reveal that a more joyous spirit imbued these sessions than had been conveyed in the 1970 Let It Be film.

Certainly, of most interest to hi-res audiophiles is the Special Edition containing 5 CD’s + 1 Blu-ray, which includes the new stereo mix in 96kHz / 24-bit; new 5.1 surround DTS and Dolby Atmos album mixes packaged in a 10” by 12” die-cut slipcase box with a 105-page hardbound book. For the analog listeners among us the 180-gram, half-speed mastered vinyl 4LP 45rpm 12-inch vinyl EP’s will be your choice, which also includes the 105-page hardbound book in a 12.5” by 12.5” die-cut slipcase. It also may be possible to skip the physical media and pick up the Digital Audio Collection which includes the stereo + album mixes in hi res 96kHz / 24-bit / Dolby Atmos, check back on this potential option. Regardless, these various versions contain the new stereo mixes of the 12tracks from the original album, plus 27 tracks of previously unreleased outtakes, studio jams, and rehearsals, the previously unreleased 1969 14 track Get Back LP mix by Glyn Johns, along with the Let It Be 4 track EP.