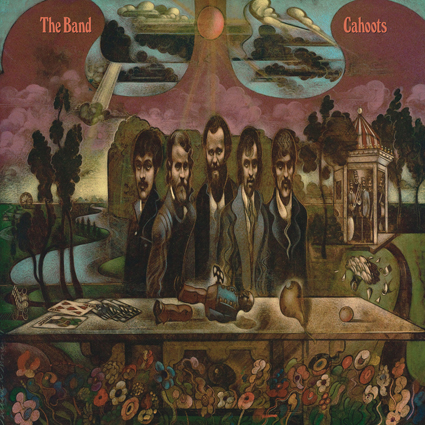 Recorded at the unfinished Bearsville Sounds Studios in early 1971, The Band was excited to lay down the tracks for their fourth studio album in as many years. Still basking in the success of their first three genre defining records, their landmark debut album, 1968's “Music from Big Pink,” followed by their 1969 eponymous release, lovingly called "The Brown Album, and 1970's “Stage Fright.” These albums draw inspiration from American roots music, melding country, blues, R&B, gospel, soul, folk, and good old rock 'n' roll to create a timeless new style that forever changed the course of popular music.

Of most interest to hi-res and immersive listeners is the Super Deluxe 2CD, 1 Blu-ray, 1LP, plus 7-inch vinyl box set. It is in this deluxe edition where high resolution enthusiasts can find the immersive mixes, including Dolby Atmos of the funk laden album Cahoots. Read on to learn about the remix of the album from The Band, made up of four Canadians and one American, all who had still been purposefully shrouded in mystery at the turn of the 70’s decade. The musicians were dressed like 19th century fire-and-brimstone preachers and singing rustic songs about America and the deep south, Made up of Garth Hudson on keyboards, accordion, and horns; Levon Helm on drums, vocals, mandolin, and guitar; Richard Manuel on keyboards, vocals, and drums; Rick Danko adding in bass and vocals; and of course, principal songwriter Robbie Robertson on guitar, piano, and vocals.

Click here to be directed to a fantastic full review of the surround mix on the Second Disc site.