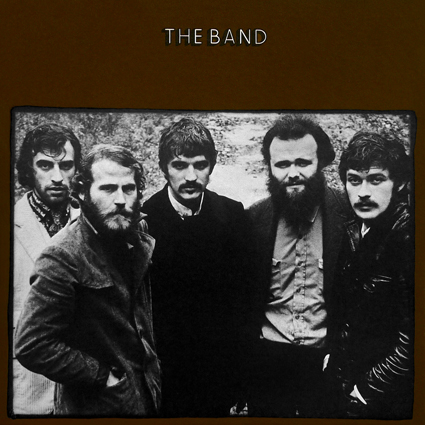 50 years after the original release of the 1969 self-titled sophomore release from The Band receives a well-deserved super deluxe reissue. This celebrated masterpiece has been remixed in both stereo and 5.1 and also expanded to include 13 outtakes, featuring six previously unreleased outtakes and alternate recordings from The Band sessions, as well as The Band's legendary Woodstock performance, which has never been officially released.

Hi-Res collectors such as myself likely wish that the 180g 2LP black vinyl and 7-inch vinyl containing "Rag Mama Rag" / "The Unfaithful Servant" had been sold separately. However, this limited edition deluxe box set contains the very desirable 2 CD’s and the exclusive Blu-ray, plus a hardbound book and is available through Capitol/Ume and many online shops starting November 15, 2019.

These Anniversary Edition releases have been overseen by Robertson and feature a new stereo and multi-channel surround mix by Bob Clearmountain from the original multi-track masters. Keeping in line with the previously released 50th anniversary box set of “Music From Big Pink,” the 5.1 mix of the album “The Band” can only be found in this deluxe box set. Clearmountain has also created new 5.1 surround mixes for the bonus tracks, presented on a Blu-ray with the new stereo mixes, which are both in high resolution 96kHz/24-bit audio. Plus, all the new audio mixes have been mastered by Bob Ludwig at Gateway Mastering. roll. Just in case you were wondering, Chris Bellman cut the vinyl lacquers for the album's new stereo mix at 45 rpm at Bernie Grundman Mastering, expanding the album's vinyl footprint from one LP to two.

Robertson says in the liner notes, “The idea was to take you deeper inside the music, but this album is homemade. You can't touch up a painting. It has nothing to do with what you get when you go into a recording studio.” Clearmountain reassured Robertson: "We're just trying to overcome the original technological limitations in order to bring you closer into the room," he further explained. "I'm going to do everything in my power not to get in the way of this music at all.” Here at Hi-Res Edition, we’ll be listening for improved sonic clarity and dynamic punch that should deliver a greater emotional connection over previous editions when we fully review this release later.