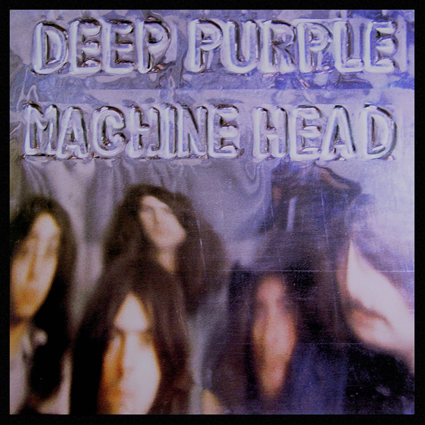 Deep Purple's classic album "Machine Head" was recorded in the Grand Hotel in Montreux, Switzerland, after a fire at the city's entertainment complex where they were scheduled to record caused them to seek another space. Since this hotel in Switzerland was empty during the winter they were granted a right to use the hallways and corridors to complete the album. Thus, the song "Smoke on the water" sums up the story quite nicely. This lp rocks from start to finish with additional classic tunes including, Highway Star, Lazy, and Space Truckin.

Collectors should note that there have been two different surround sound versions of "Machine Head" released to date, the DVD-Audio version and the SACD version. There is a distinction between the two mixes. The DVD-Audio version apparently contains many differences in the songs, compared with the original versions. Guitar solos are not the same either, and some songs are reported to be longer than the original versions. This SACD contains a 5.1 channel remix which mimicks the "original" quad mix available on vinyl. A previous version omitted the center channel, which is now included along with the deepest bottoms being directed to the sub-woofer. However, the multi-channel mix is extremely bass heavy, which may appeal to some listeners whom enjoy the shear power of thundering hard rock music, but too boomy for this reviewers taste. The stereo mix is fantastic, clean and well balanced. There is a fresh snap on the snare and pleasant brightness to the guitars that provide a wonderful stereo experience. This version includes a b-side bonus track of "When A Blind Man Cries," in stereo and multi-channel.

Though the surround mix suffers from too much bass, it provides wonderful clarity of vocals, guitar solos, and makes good use of all of the channels. On smoke in the water, the first guitar takes its spot in the front left, while the second guitar is placed in the right rear, which gives space for the drums and bass up front, and depth to the mix. Some movement of instruments occurs in a few tasty places, allowing the instrument to move through or away from the listener. Some minor differences exist between the stereo and multi-channel mix, including a breakdown with drums and keyboards in the MC mix at the end of Smoke on the Water, versus the drums fading out in the stereo mix which we all heard over the past nearly forty years. Surround sound remix produced by John Kellogg, remix by Paul Klingberg at Magnavision Studios, Santa Monica, CA. Released by Warner Music Japan, August 17, 2011.. Collectors are advised to pick-up this fairly priced import reissue instead of paying an arm and a leg for a used copy in the US market.

If you are a lover of rock, then Machine Head by Deep Purple is a must have in your collection.