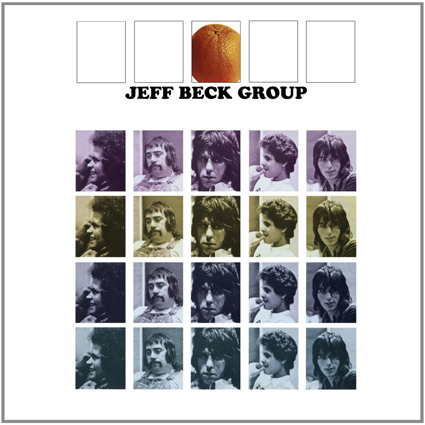 Audio Fidelity has released another quad mix from the 70’s vault, this time from the Jeff Beck Group on multichannel hybrid SACD along with the original 2-Channel stereo mixes on a second SACD layer, plus a standard CD layer.

His fourth and final album with this legendary lineup was originally released in 1972 and showcases the wildly unique sound of Jeff Beck,. This innovative music was way ahead of its time and the album features some of the most inspired lead playing of Beck's career.

Featuring layered electric guitars, electric sitars, his expressive wah-wah touch, and soulful slide playing, Beck creates tones that are unlike anything he had ever done before. All produced by Steve Cropper of Booker T & The M.G.'S.

Of course, it is the Quad mix that we are after, and listeners will find it to be very good. The album kicks off with “Ice Cream Cakes,” with Cozy Powell's steady drumming spread widely across the front channels and Clive Chaman’s bass grounded in the center along with Bob Tench’s strong vocals laid on top. Beck’s guitar riffs and solos from the back right rear, with Max Middleton’s keyboards placed in the left rear.

This is a clean energetic disc with what I consider the perfect amount of bottom end along with plenty of crunchy guitars. Remember there is no subwoofer channel, but I didn’t feel there was a need either. The surround mix engineer takes artistic license throughout, with drums placed in the rear channels on their cover of Don Nix’s “Going Down,” and second guitars placed up front with backing vocals singing from the rears on “Glad All Over.”

Much like hard panning of the early sixties, the vast separation of parts are the norm, leaving gaps within the sound stage. However, this isolation leads to a sumptuous clarity of each instrument, giving fans a real treat to each instruments aural quality.

All in all, this is a very worthy disc for fans of Jeff Beck, the blues, and surround sound enthusiasts who especially enjoy listening to mixes that demonstrate real creative use of the surround sound space.

Hybrid SACD with both Quad and Stereo layers.