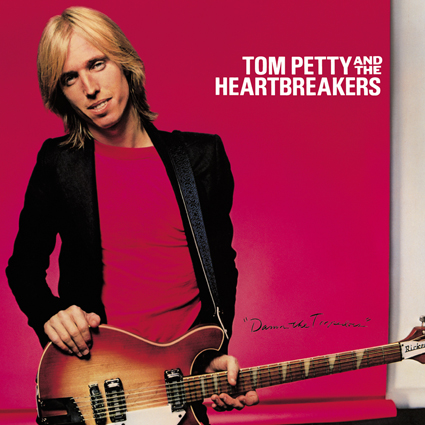 The Blu-ray reissue of Tom Petty's "Damn the Torpedoes" includes a fantastic new 5.1 mix in DTS HD Master 24-bit 96k audio, along with nine additional bonus tracks not included on the original album. Seven of these tracks are previously unreleased including two studio tracks, "Nowhere" and "Surrender," both written by Tom Petty and recorded and completed during the Damn The Torpedoes sessions. If you purchase one of the first 15,000 copies of the Blu-ray edition a free download of the entire album is available in one of three high quality digital formats (24/96 FLAC, Apple Lossless, or 320k MP3), redeemable until November 9, 2011.

Blu-ray Audio pioneers, Tom Petty and Neil Young have released back catalog discs, which seems like the best way to continue marketing high fidelity and multi-channel music. With the essentially dead SACD and DVD-Audio, Blu-ray is poised to take over where they have left off. Much like Tom Petty's new 2010 release of Mojo, listeners will find themselves placed in the center of the band for the Torpedoes 5.1 mix.

This approach is clearly illustrated on "Don't Do Me Like That", starting with Tench's signature organ intro which electrifies the track front and center. You'll find reverb shimmering through all channels on Petty's vocal lending spacious warmth. Campbell's tasteful lead guitar is spread across the front sound field as Tench's piano supports the verses and is sweetly centered.

Stan Lynch's all-encompassing drum-and-cymbal intro charges forth on "Even the Losers". quickly transitioning to Ron Blair's bass line moping in the center channel be- fore the famous spoken lead-in, "It's just the normal noises in here." And if you crave some bottom-end kick, "You Tell Me" has guest bassist Donald "Duck" Dunn loping down low in all corners, with Campbell's sinewy slide caressing the surround channels.

The never-before-heard "Nowhere" was thought to have been lost in 1979 when the tape boxes were being moved daily to avoid the possibility that court bailiffs would claim them as part of Petty's assets in the lawsuit at the time. They were found recently by recording engineer, Ryan Ulyate, while he was listening to tapes searching for alternate versions of songs to be included on the current release. The original 1979 recording of "Surrender" is also included, it was a mainstay of Tom Petty and the Heartbreakers' concert setlists for many years although this studio version never saw the light of day until now. Also included is an original demo for the B-side "Casa Dega" and an alternate take of "Refugee" as well as a trio of live performances at London's Hammersmith Odeon (March 6, 1980), including "Don't Do Me Like That," the first hit single from the album. These additions are a fans dream come true.

Some collectors, like myself, may not like the cardboard packaging, which unlike jewel cases, wear faster and are more prone to accidental damage. Yet, the advantage is a larger printable area for the notes and lyrics, a plus that somewhat outweighs the negatives.

Note: While the Blu-ray version contains both stereo and multi-channel mixes, this version does not come with a CD. Instead early birds will have the opportunity to download high-resolution
files.