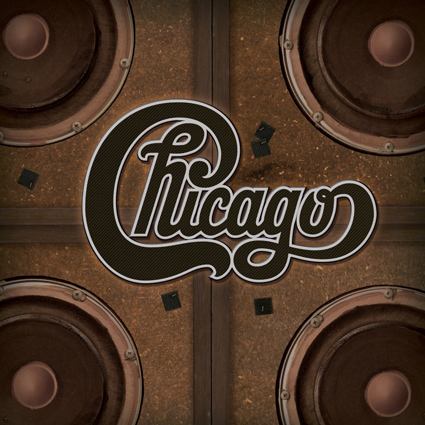 Continuing the celebration of Chicago’s recent induction into the Rock and Roll Hall of Fame, their early studio albums have been reissued on Blu-ray in both hi-res stereo and quad by Rhino Records. This nine disc box set is appropriately named Quadio, as it draws from the original quadraphonic masters created for quad LP’s back in the 70’s. Both the 4.0 and 2.0 mixes are available in high resolution 192/24 DTS-HD Master Audio on nine Blu-ray Audio discs.

Many multi-channel enthusiasts dream about box sets like this, but you’ll need some deep pockets to take delivery. With a list price of just under $160, it actually is a super price at slightly under $18 per disc. Starting from their first album Chicago Transit Authority and covering all of the studio albums through Chicago X, including their greatest hits collection (No. IX,) but skipping their live album known as Chicago IV, each album is presented in sleeves that replicate the original release down to the last detail, including mini posters. With 120 remastered tracks, this box set should satisfy even the most demanding of longtime fans.

Embracing elements of progressive rock, Chicago is one of the longest-running and best-selling pop groups of all time. They have had albums in Billboard’s Pop Top 40 over the past six consecutive decades, and earned the #9 spot on the highest charting American band in Billboard’s Hot 200 All-Time Top Artists. I would find it surprising for a music fan to not be aware of the band’s extensive accomplishments which include five consecutive Number One albums, 11 Number One singles including mega hits: “Make Me Smile,” “Saturday In The Park,” “25 Or 6 To 4,” “Feelin’ Stronger Every Day,” and “If You Leave Me Now.” They also have been awarded a Grammy, multiple American Music Awards, and have record sales in excess of 100,000,000, and as astonishing as it is, 47 albums earning gold and platinum certification.

Rhino has certainly done a spectacular job with the Quadio presentation. Each album has been replicated from the original LP version down to the tactile printing of Chicago VI and VII. Inserts, labels, and posters are all replicated, giving a perfect feeling of having a miniature vinyl copy in hand. Thankfully it doesn’t stop at the packaging, as I know we all came for the sound quality, and especially the multi-channel mix.

Simply put, this is a superlative sounding box set. Both the quad and stereo layers are rich, clear, and dynamic. Some have said this is the best multi-channel music release of 2016, and I can’t disagree. Given the many parts and fantastic arrangements, Chicago is perfect for an immersive multi-channel experience. All four channels pump out plenty of aural pleasure. Often some of the horns are placed in the back channels, with the rhythm section up front. Yet, there are so many parts and such an incredible use of the quadrophonic soundscape by the audio engineer that you’ll hear guitars, keyboards, percussion, and backing vocals from every corner of the room. For surround fans seeking movement within the mix, you’ll find it tastefully added in several spots, commonly focused on a solo instrument.

Take note that these are 4.0 mixes, but there is plenty of bass, a very warm mid-range and a brilliant high end, and when all combined together make these 24bit / 192 kHz lossless Blu-rays the best sounding versions to date. What I especially love about this set is the functional ease of listening. There are no menus to sift through, no long start times, and in fact no need at all for a monitor. Just pop in the disc and it starts playing the DTS-HD MA Quad layer. Press the Yellow function button and you’ll be taken to the DTS-HD MA Stereo layer, press the Red function button and you’l be back in the world of quad. The only reasons you’ll want the monitor on is to know what track you are listening to, but I am sure you already know their names by heart!

For those possessing the Chicago Transit Authority DVD release from 2010, there are some significant differences. While the mix is sourced from the same 1/2 inch 4 track reel-to-reel running at 15ips, the DVD contains both Dolby Digial and DTS lossy codecs, versus the DTS-HD MA lossless codec found on the Blu-ray. Since no appreciable liner notes are included in either package detailing the remastering, I must surmise that CTA has been remastered for the Blu-ray release. Listeners will immediately hear a distinct difference in sound quality, most notably an incredible level of transparency effectively free of unwanted distortion, along with a wonderful warmth that was absent from the DVD version. The only reason to have a copy of the DVD at this point is for those without DVD-Audio and Bluray capabilities. PM me if you are interested in my DVD copy!

On the other hand, collectors who have Chicago II on DVD-Audio and V on DVD-Audio or SACD, don’t get rid of those so fast. There is a world of difference between the 4.0 and 5.1 mixes. I find advantages to both versions of Chicago II, specifically with regards to instrument placement and level within the mix. The 5.1 Chicago II has deeper bass and some nice minor balance adjustments that are lacking from the quad version. However, there is a slight wetness and the overall weight is grounded more to the bottom. I generally like the quad mix better, but obviously you’ll need to decide for yourself. As for the Chicago V SACD, you’ll find a slightly brighter and accentuated discrete mix which pops the horns and vocals compared to the quad Blu-ray reviewed here. I found the quad mix to be more natural, yet appreciate the more predominant lead vocals which are somewhat buried on the quad version.

Trust me when I say, this is one box set you won’t want to miss! The Chicago Quadio box set is worth every penny and then some. This by far is the best release to help convince you to get that Blu-ray player and surround sound set-up for those still in the DVD and/or Stereo world. Not only is Chicago’s music wonderful, these mixes are down right fantastic, the best from the era I have heard to date. Do not miss getting your copy as when these sell out there is no guarantee that Rhino will print a second run.